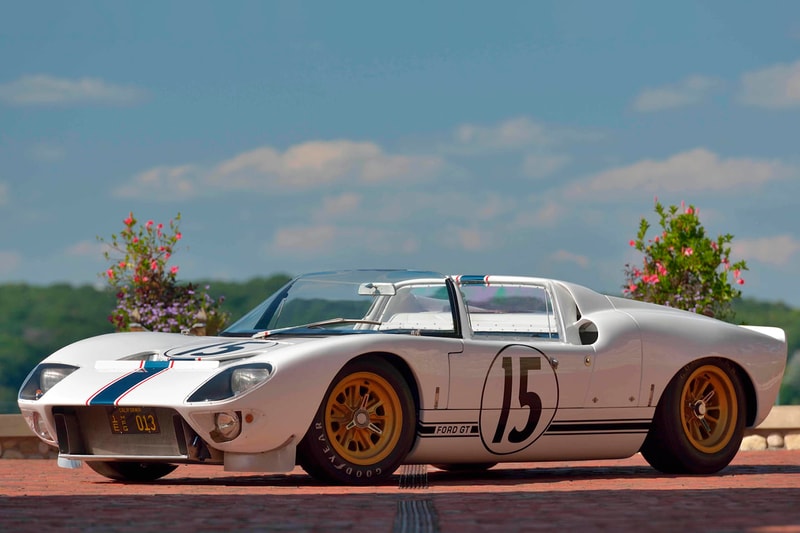 A one-of-five 1965 Ford GT Competition Prototype Roadster that is the only one to ever race at the 24 Hours of Le Mans is being put to auction.

The extremely rare classic race car was built by Ford Advanced Vehicles in England and is just one of two surviving examples today. It was raced by Maurice Trintignant and Guy Ligier in 1965 but only completed 11 laps after its gearbox failed. From there, it was sent to Shelby American for a restoration post-Le Mans, and then it was in the hands of Kar-Kraft to be used as a development vehicle for the experimental Ford J-Car and Kar-Kraft’s automatic transmission.

It has since been restored and comes equipped with a host of rare modifications that date back to 1965, including a side-mounted engine oil radiators, additional rear vents, a higher spoiler. The Ford GT is powered by a Cobra-spec 289 cubic-inch engine that is mated with a ZF 5-speed gearbox.

Today, it is presented in Concours standard in the original Le Mans livery, making this an incredibly clean (and rare) example. The 1965 Ford GT Competition Prototype Roadster has been listed by Mecum Auctions and is expected to fetch between $7.5m USD and $10m USD.

Elsewhere in the automotive world, the 2021 Geneva Motor Show has been canceled and is now up for sale.