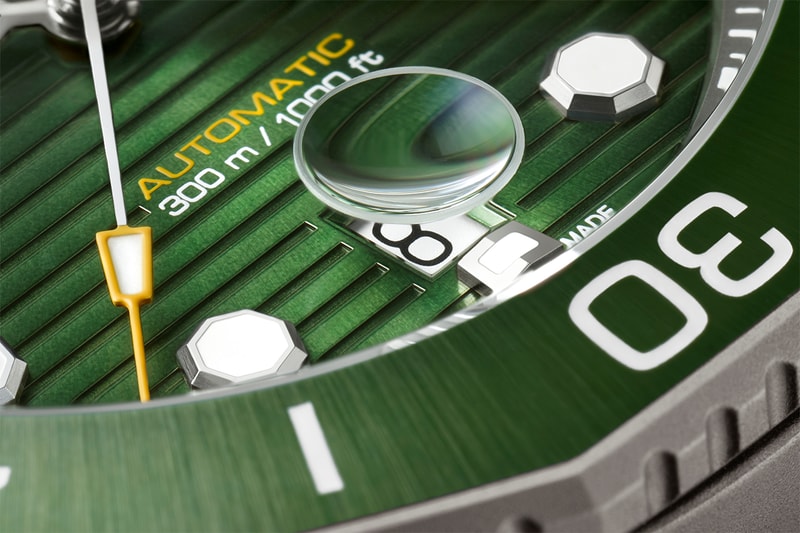 Six years ago at the now defunct Baselworld trade show, the watch industry saw blue dials move from occasional annual novelty to a default setting that firmly joined black and white as essential dial options within every collection.

A couple of years later came the first signs that the industry might be attempting to replicate this success with green dials, with what started as a tentative handful of releases each year eventually turning into a flood.

But 2021 is the year that finally sees green enter the mainstream, with Patek Philippe lending its considerable weight to the movement and president Thierry Stern stating that his storied brand wasn’t interested in backing short-term trends.

Patek’s entry, the 5711/1A-014, features an olive green shade on its ribbed Nautilus dial and was considered on-trend enough to represent the final 12 months of the brand’s iconic Ref 5711 model.

But green does seem to present a wider variety of distinct tones, perhaps offering even more versatility than blue when it comes to creating watch dials. Here are HYPEBEAST’s pick of the best ‘green watches’ of 2021. Why buy: The Art Deco lines and square frame of Jaeger-LeCoultre’s iconic Reverso take color in a way few watches can match, allowing it to dominate the design without detracting from it. The brand’s color selection is unsurprisingly flawless, opting for a shade at the dignified end of the spectrum which still carries enough depth and richness to sit comfortably with the model’s 1930s origins. Why buy: Cartier’s recent run of form under CEO Cyrille Vigneron has been formidable, stepping back from ultra-complicated watchmaking to the kind of simple elegance Cartier is best known for. Here the brand’s new entry-level Tank Must revisits the 1980s, making the decade seem far cooler than it ever was with a monochrome nail varnish shade. Why buy: In the same way that blue dials tend to complement the gunmetal tone of titanium, green also makes for a natural, if vivid, partner for gold. Breitling selected the colorful combination for the latest watch in its long-term partnership with Bentley, a 25-piece limited edition run which pairs Breitling’s B21 chronograph movement with a tourbillon positioned at the 12 o’clock. Why buy: For Tudor’s first-ever precious metal watch (it released a companion piece of sorts with a solid sterling silver case at the same time) the brand went one further than Breitling and selected 18k yellow gold, which is only just making a comeback as a case material having, for years, been associated with the worst style excesses of the 1980s. Tudor tamed the lustre of the metal with a pronounced brushed texture and paired it with a green dial and matching bezel ring insert. Why buy: Green in more ways than one, the Panerai’s 44mm case and dial use a stainless steel alloy featuring 58% recycled material. The green dial and fabric strap also signals that the trend for green watches extends far beyond the extravagant and elegant, playing equally as well when used on rugged sports watches. But expect the widely-mocked turqouise ‘e’ on the dial to be nowhere in site by the time this PAM hits the shelves. Why buy: TAG Heuer has reworked its entire Aquaracer collection for 2021 including a number of stainless steel models, a revival piece and this 43mm sandblasted titanium number. It’s difficult to imagine that this design occurred in isolation without its designer having already seen Bamford Watch Department’s 2020 epic take on the Aquaracer. Here the matte finish of the metal is paired with a matte green bezel ring and a sunray brushed green dial. Why buy: While 41mm in diameter, the Altiplano Ultimate Concept is just 2mm thick, impossibly slim if you’re lucky enough to see one in the metal. Here it is decorated with lush green bridges to reflect the forests surrounding the small Swiss mountain village of La Côte-aux-Fée where the brand was founded 147 years ago and still produces its most complicated movements today. Why buy: Chronoswiss has used the combination of a CVD-coating (thicker than the more commonly used PVD technique) on a guilloche dial to achieve the iridescent tropical green on the dial of its Open Gear ReSec Paraiba, named after the semi-precious Brazilian Paraiba tourmaline gem. The approach sees the watch offer numerous shades of green depending on the play of light across the dial. Why buy: Oris has introduced a triptych of 38mm bronze cased automatics with ‘cotton candy’ dials in pastel shades of blue, pink and green to its permanent collection. The trio ditches the seriousness inherent in the rest of the Divers Sixty-Five collection to display a far more playful, summery side. Where: Gucci’s watch and jewelry boutique on Place Vendôme, Paris.

Why buy: Gucci has jumped into the field of high watchmaking on the occasion of the brand’s 100th anniversary, transforming its most recent success, the jumping hour Gucci Grip, from a casual quartz into a serious piece of horology. References include a number of diamond-set, precious metal references and four housed in pastel-coloured sapphire crystal.