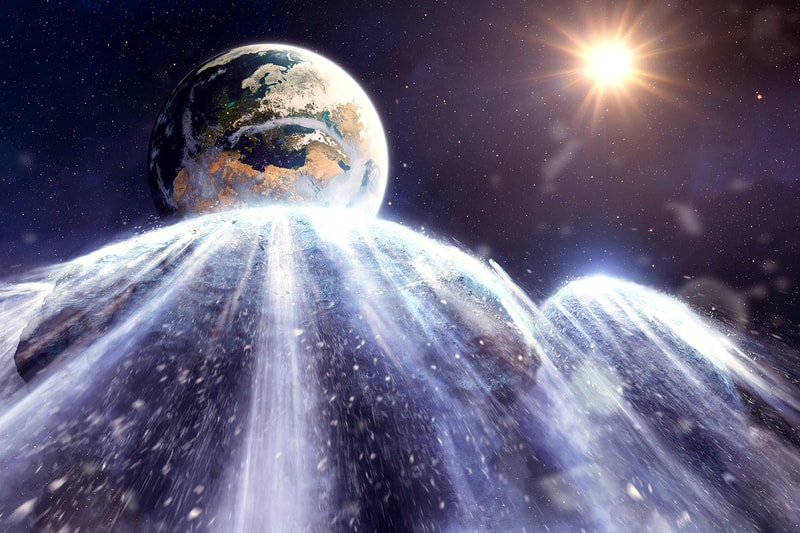 48 years. That’s how many years it is estimated Earth has until the Apophis (God of chaos) asteroid is said to hit Earth. While it was first calculated that the Apophis asteroid would just miss our planet by a slim margin, new information has come in confirming a possibility for Apophis to collide with Earth.

This new calculation is largely due to scientists factoring in the Yarkovsky effect which essentially means that asteroids can actually speed up in space based on its chemical composition. Radioactive material can give the asteroid a slight boost in space which alters its trajectory ever so slightly. It is already known that Apophis is some 300 meters long and made up mostly of solid metal — this is the type of asteroid we’d like to avoid.

University of Hawaii’s Dave Tholen, who’s known about Apophis since 2004, comments: “Without taking Yarkovsky drift into account, Apophis is still a threatening object, just not in 2068. With Yarkovsky taken into account, the 2068 impact scenario is still in play. Small, but non-zero.” And that magic number happens to work out to a 0.00067 percent chance that Apophis will hit Earth.

In the course of these long 48 years, Apophis will make an “extremely close” fly-by on Friday, April 13, 2029 (Yes, Friday the 13th), where it will be visible to the naked eye. Mark your calendars.

In the chance of an apocalypse, at least Orea has you covered with its building of a doomsday vault in Norway.