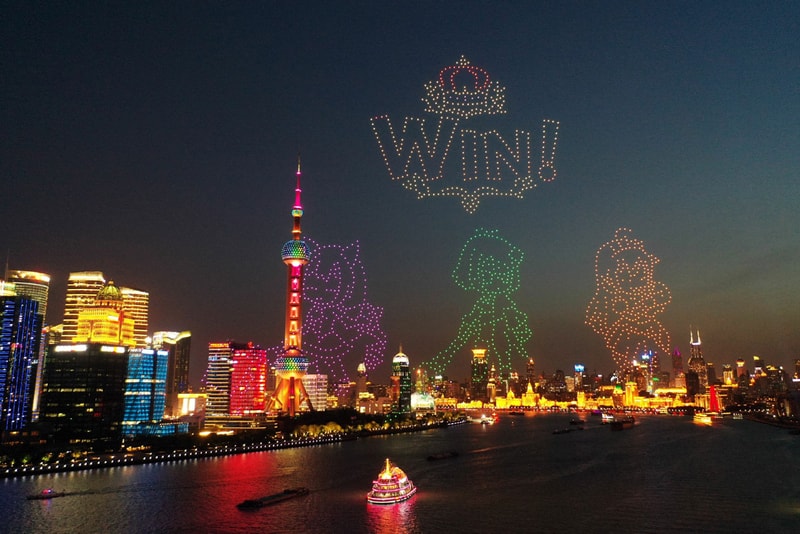 Hundreds of drones took flight in Shanghai last week as part of a massive display above the city’s popular waterfront promenade, the Bund.

Chinese gaming giant Bilibili used the dazzling display to advertise the one year anniversary of its role playing game Princess Connect! Re: Dive. At the end of the show, the 1,500 drones gathered together to form a QR code that when scanned, led to the game developer’s website.

Video game enthusiast Daniel Ahmad tweeted about the stunt, which he said was taken out of context by critics who referred to the advertisement as a cyberpunk dystopia.

1,500 drones took part in the show to celebrate the game having been out for one year in China. pic.twitter.com/u1GDTXnM6p

Ahmad pointed out that the game company used a similar QR-based advertising tactic for the launch of the game last year.