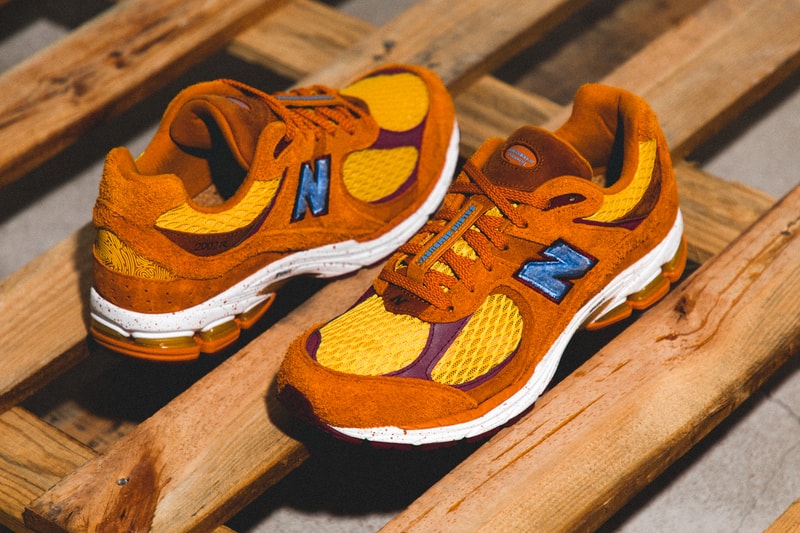 Shortly after the reveal of the forthcoming collaboration, we now have a closer look at the Salehe Bembury x New Balance 2002R.

Inspired by the astounding palette of Arizona’s Antelope Canyon, New Balance and the Versace Vice President of Sneakers and Men’s Footwear focus on “Peace be the journey” as the collaboration’s theme.

The sneaker arrives with varying hues of orange and dark maroon on an upper that’s crafted with suede, leather and mesh, along with hints of blue on the shearling panel logo and branding hits on the tongue and vertical lace keeper — a parallel of the earthy tones one is mesmorized with when spending time in the great outdoors. A branded cork insole offers extra support as the shoe rests on a speckled white, brown and dark maroon 860v2 sole, complete with an “N-ERGY” insignia on the midsole and finally tied together with tonal orange laces for a neat finish.

The Salehe Bembury x New Balance 2002R is now available for raffle via HBX until October 22 at 9 a.m. EDT, and will officially launch on October 23, 9 a.m. EDT.