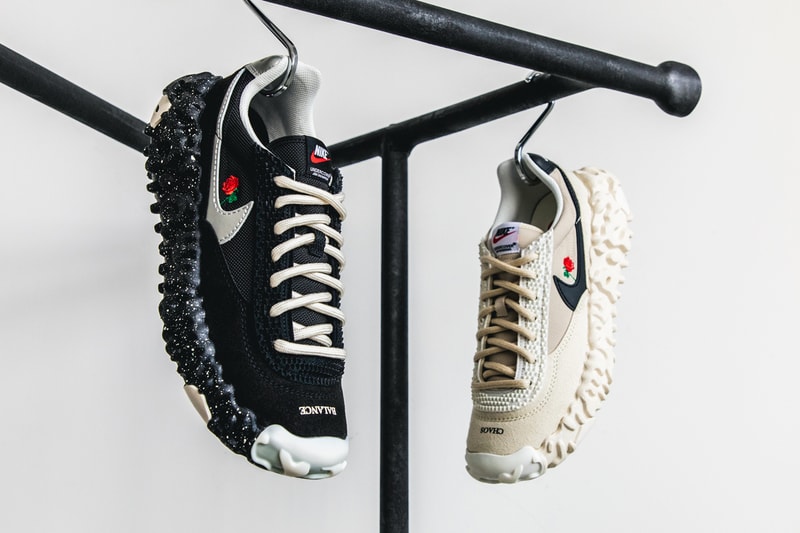 Jun Takahashi‘s UNDERCOVER and Nike have a long-standing partnership and its latest collaborative effort is the just-released OverBreak SP in “Overcast” and “Black.” While many of us may have taken an L, fear not, as HYPEBEAST has a closer look to give you of the much-wanted sneakers.

In usual UNDERCOVER form, the sneakers feature various elements that frequently appear in the duo’s past works. For example, the lateral-side Swoosh is decorated with a small rose motif, just like that on the UNDERCOVER x Nike GYAKUSOU Pegasus 36 Trail, while the words “Chaos” and “Balance” appear printed onto the toe box and have been previously seen in a number of the brand’s projects.

Elsewhere around the shoe, we find UNDERCOVER Jun Takahashi branding alongside Nike’s signature on the tongue tag and further information on the heel, which is colored in metallic silver for the “Black” pair and is served in black for the “Overcast” colorway.

Other familiar references appear on the “Black” colorway, for example on its OverReact tooling and midsole unit where speckles decorate the black foundation, just like the styling choices found on the Nike SFB Mountain or the Daybreak‘s midsole and heel clip component.

These quintessential UNDERCOVER design elements combined with Nike’s new-meets-old school aesthetic found throughout the OverBreak SP make for a stellar collaboration. Details are everywhere but at the same time remain understated, which is sure to allow these sneakers to stand the test of time in the ever-changing realm of footwear trends. Take a closer look at the UNDERCOVER x Nike OverBreak SP above.

In other news, Maison Margiela has dropped a pair of mules that look like a shoe’s dust bag.