Every October, historically Black college and university (HBCU) alumni flock to their alma maters to reunite with classmates, party in fierce fits, and cheer on their football teams. There’s homecoming and then there’s HBCU homecoming: a family reunion, a cookout, a fashion show, a physical and spiritual baptism in Blackness all rolled into one.

HBCU homecoming has come to mean so much more than showing school spirit — it’s evolved into a weeklong celebration that honors a legacy steeped in history and a lineage of Black predecessors who have paved a way for all those who come after them.

But this year, due to the pandemic, homecoming as we know it is canceled — leaving many HBCU grads feeling homesick, even in spite of online get-togethers. No virtual event could ever take the place of coming back to campus, reveling in the energy and excitement, and reuniting with lifelong friends. That’s why we partnered with Target to speak to three HBCU alumnae about what homecoming means to them and why attending an HBCU was so important to their lives and careers. Meet our digital homecoming court: Gabrielle Corrica (Spelman College), Aisha Johnson (Howard University), and Asia Milia (Hampton University). 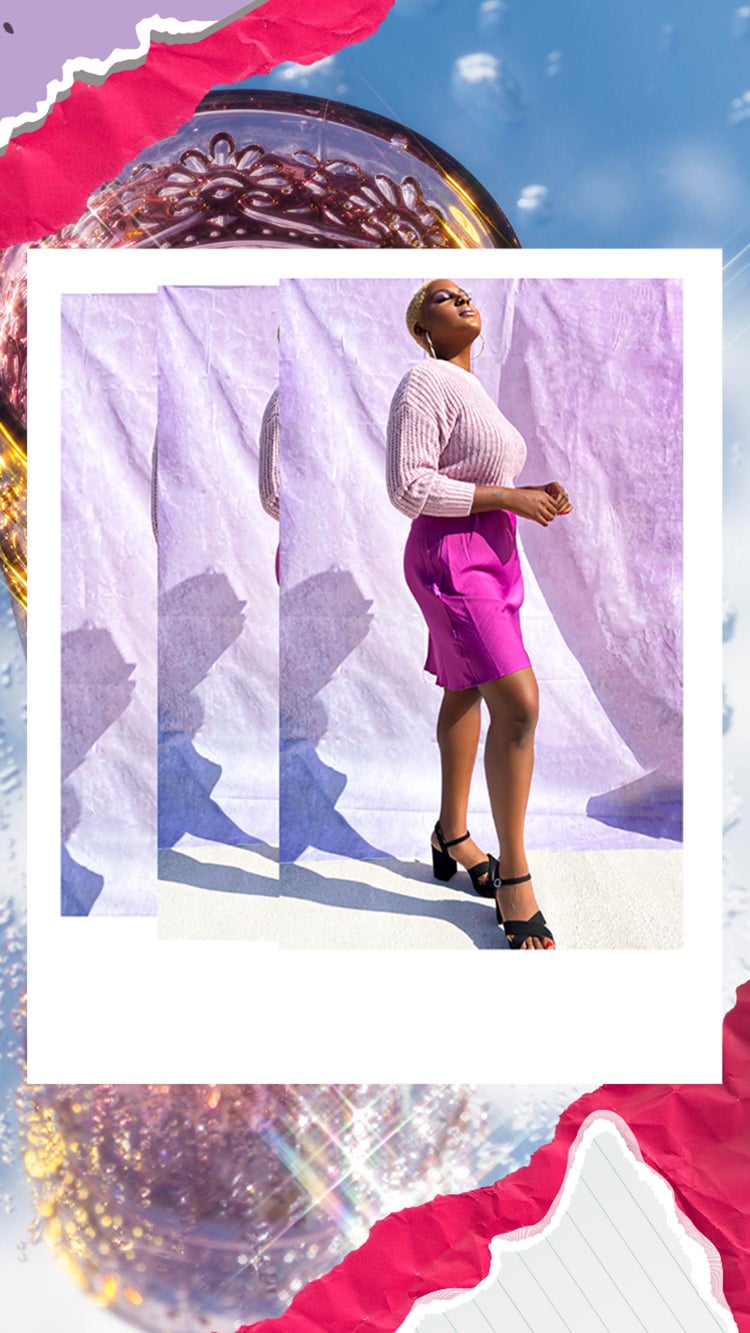 When it was time to head to college, Gabrielle Corrica was more than ready to put some serious miles between her hometown and her campus. “I grew up in Riverside, CA, which is a suburb about an hour away from East LA. It’s a pretty anti-Black environment, and I was over it,” Corrica says from her apartment in New York City.

Choosing to attend an HBCU was a no-brainer — she was eager to escape the micro and macro aggressions she’d faced in her predominantly white high school and community. Corrica applied to three schools, including Atlanta-based Spelman College, her now alma mater. Spelman and Howard University’s business programs made a huge impression on the teen, but for Corrica, HU couldn’t compete with Spelman’s all-women student body.

“There was the promise of sisterhood,” Corrica says with pride. “Spelman was created for and dedicated to the education of Black women and there’s no other institution, other than Bennett College, that has that.”

At Spelman, where she was an economics major, Corrica didn’t feel like she was the exception to the rule. She was the standard who was challenged, instead of underestimated, by classmates and professors. After graduating in 2016, alumni support helped the web designer and brand strategist navigate her way through corporate America gigs to full-time entrepreneurship.

While she didn’t plan to attend homecoming this year — Corrica is anxiously awaiting her five-year reunion — she was heartbroken that COVID-19 interrupted the fun for others. “For so many alums, it’s a family reunion,” she says. “It’s a chance to reunite and love each other and share memories, but it’s also a way to celebrate the legacy and the power of our institutions.”

Some homecoming shenanigans are still fresh in her mind. As a freshman, Corrica was part of her dorm’s Stroll team and even though they didn’t win the competition, she bonded with her teammates. They still remember the dances like it was yesterday, which obviously means a stroll line will pop up if they’re together in the club.

Next year, if things are safer and homecoming is hosted again as planned, Corrica plans to overpack for the event. It’s a must, she says, to have an ensemble of head-turning looks to take her from coronation to the step show to the football game to tailgate to the party. “You get automatic cool points,” she says about returning to the yard as an alum. “Your sunglasses sit a little different on your face. You walk around like you’ve been through some things, but you’re still here.”

Although it’s too early to think about those five-year reunion details, Corrica is hopeful that’ll include a “big brunch and big bottles” situation, toasting Spelman’s legacy of academic excellence and ethical leadership. 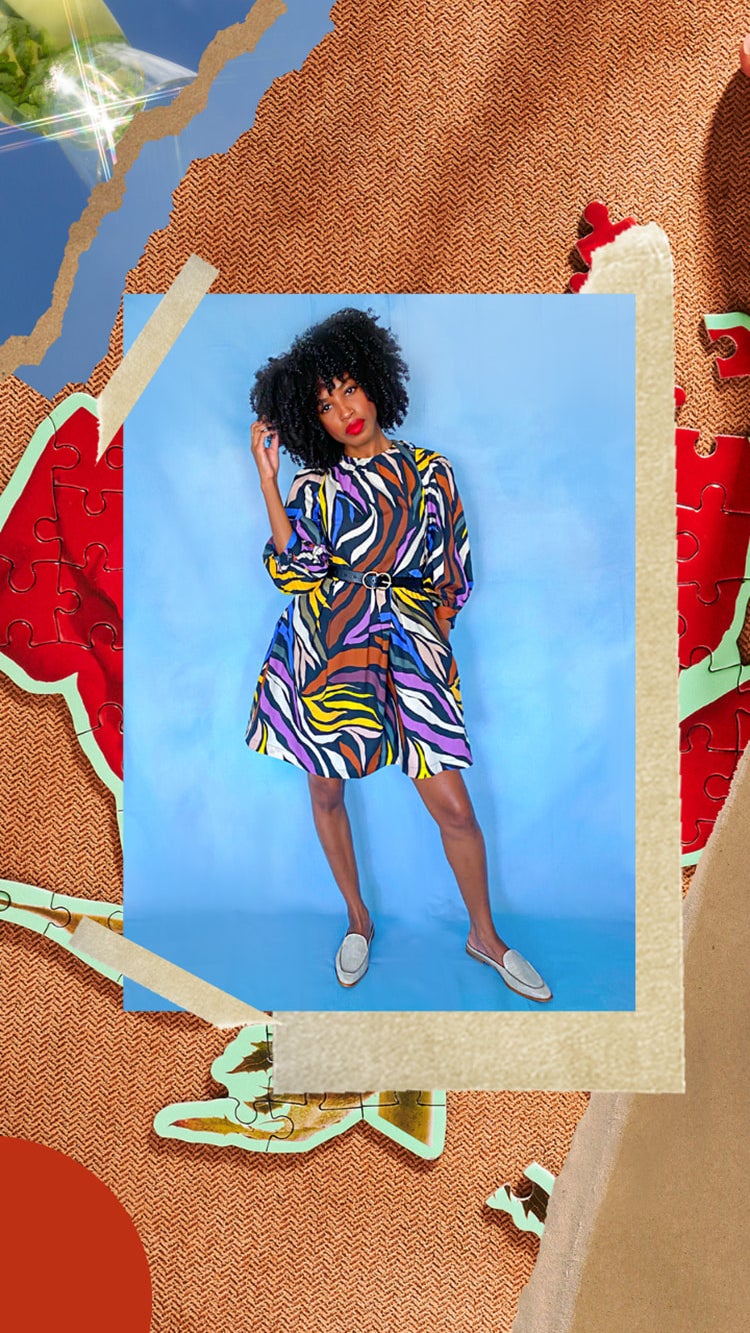 Attending an HBCU wasn’t exactly part of Aisha Johnson’s college plan; Black colleges weren’t on her immigrant family’s radar. Their eyes were on the Ivy League or other predominately white institutions, places they could tell folks about back in Jamaica. But a family friend suggested Johnson check out Washington, D.C.-based Howard University, which she did, along with other local schools in her Florida hometown. When acceptances came through, and the scholar-athlete was accepted to the University of Florida, a classmate claimed that Johnson was merely an “affirmative action” pick.

Those words stung, especially since she’d worked hard to earn stellar grades and excel at track. That exchange with her classmate solidified Johnson’s decision to attend an HBCU. “I had to prove them wrong. I knew for a fact that I could go to an amazing school and it would have nothing to do with affirmative action,” Johnson says. She chose Howard University because of its noteworthy journalism program and decided to concentrate on public relations.

“At Howard, I wasn’t just the best Black person, I was one of the best amongst the best. It really helped me feel a greater sense of pride and confidence, because I didn’t have to deal with that overlying feeling of race,” Johnson says. “I could assert myself in different ways and not think about how I’m going to be perceived or whether someone felt like I deserve to be there.”

Now, as a digital content creator with an emphasis on self-care, she’s part of a HU network that shares information. “That’s something I’m grateful for. We’re not the type to be crabs in a barrel. There’s this sense of camaraderie and we’re willing to help each other,” says Johnson, noting that she hired a HU grad at her last corporate job.

The only reason the 2011 grad isn’t completely devastated about missing homecoming this year is because she and her Alpha Kappa Alpha (AKA) sorority sisters celebrated their line’s 10th anniversary last year, complete with a movie trailer, Instagram page, and matching jackets. But because people are paying more attention to “HBCUs, Black people, and Black culture in a way that’s less about appropriation and more about learning,” she believes homecoming would’ve been major this year.

Howard’s homecoming would’ve certainly definitely hit differently with 2020’s Democratic candidate for vice president, who is also an AKA, a Howard grad, and has Jamaican roots. Johnson says she’s “never felt more seen” by the nomination.

Homecoming with Johnson’s line sisters is especially meaningful because they can reminisce about their glory days of winning the Neo Stroll competition and being Sorority of the Year — or that time one famous Canadian rapper popped up for a surprise Yardfest performance. If COVID-19 hadn’t interrupted everything, Johnson would’ve been raiding her closet for cute outfits to wear to the step show, tailgate, or Sunday brunch with friends who are now lawyers, doctors, and CEOs.

“You won’t catch me in a plain dress. I’m going to have my legs out and I’m going to give you a statement sleeve, or a cool print and a bold lip,” Johnson says. “It has to be curated and statement-making.”

Although Asia Milia had a lot of friends at her small high school, she didn’t truly feel seen. Sure, she was homecoming queen and mastered difficult routines as a member of her school’s step crew, but in the classroom she was one of two Black students. When it came to college, Milia was determined to find a new school family, one where the students looked like her but also came from all different experiences.

Attending an HBCU had been on Milia’s mental vision board since elementary school, and the Virginia-based Hampton University had an edge over the competition because her cousin had attended it, deeming it “the real HU.”

“I knew there was going to be an amazing alumni network and Black students who were achieving great things,” says the native New Yorker. “There’s nothing like an HBCU family.”

Although Milia was initially intimidated by Hampton’s upperclassmen’s success, she followed their lead and made big moves of her own. During her senior year, she left Hampton for two weeks to be a Fashion Week intern. She credits the school for giving her the mettle to grab that real-world experience before graduation.

“I think [the school] feeds that hustler mentality,” Milia says. “When you have your mind set on something and you have the confidence to believe in yourself, there’s no way you’re not going to accomplish everything you set out to do.”

That HU connection also helped Milia secure an internship at a national women’s magazine after she earned her strategic communications degree. A fellow Hampton grad slid her résumé to the right person and Milia stayed at the beauty and fashion bible for more than a year, often working with the editor-in-chief. It was there that a then-fashion and beauty editor-at-large (and a fellow HBCU alumna) gave the newbie advice and took her out for a celebratory-meets-business kiki when Milia snagged her current gig at a different popular magazine.

It’s been three years since she’s graduated, and she’s particularly heartbroken that homecoming has been canceled this year. “I was really looking forward to this year. I feel like I finally have my life together,” says the editorial assistant, who’s committed to carving out a space online for curvy Black girls. “Homecoming is our family reunion and to skip a whole year of that hurts. Coming out of summer, homecoming is the vibe we all need. It’s about seeing everyone you spent four years with and catching up with them outside of social media.”

With so many Hampton undergrads watching Milia’s moves on social media, she knew there’d be pressure to make sure that her homecoming looks would meet or exceed her fashion presence on Instagram. Once, she opened a credit card just to charge a pair of red thigh-high boots because she wanted to style it with a camo jacket for homecoming. Every fit has to be carefully coordinated based on the weekend’s events, Milia insists, including parties, brunches, and run-ins with exes.

“You have to have your brightest outfit for the yard on Friday. You need heels, but they better be comfortable. You can wear sneakers on Saturday for tailgate,” Milia says, listing everything she would have packed for homecoming. “But which sneakers are they going to be? Because people are going to be looking.”

Like what you see? How about some more R29 goodness, right here?