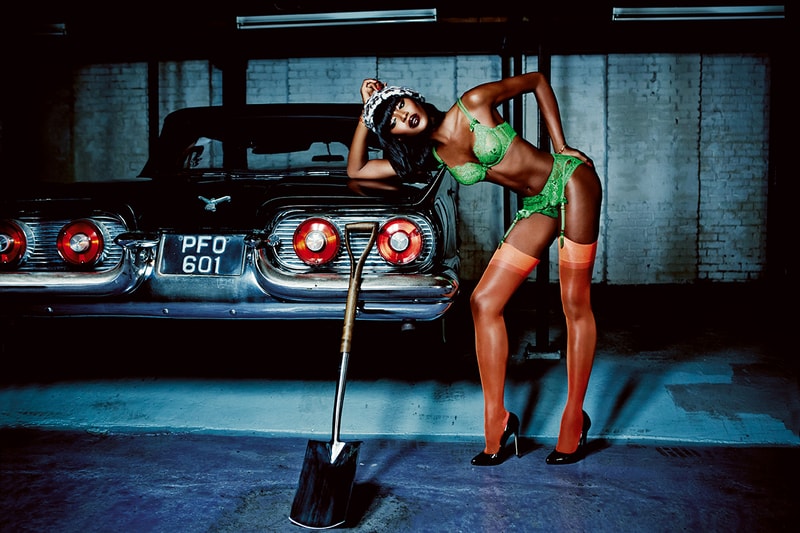 TASCHEN has announced the release of a new edition of Naomi, a near-400-page compendium of images of the supermodel Naomi Campbell. As one of the most recognisable and high-profile fashion models of all time – and a member of the ‘Trinity’ along with Linda Evangelista and Christy Turlington – her photographs are some of the defining fashion images of the 80s, 90s, and 00s.

Originally published in a limited ‘collector’s edition’ of 1,000 signed copies, Naomi is now available for the first time as an XL coffee-table book in an unlimited edition. Perhaps unsurprisingly, given the length and scope of Cambell’s career, the book reads like a roll-call of the most iconic photographers of the last three decades: Richard Avedon, Anton Corbijn, Steven Meisel, Jean-Paul Goude, Helmut Newton, Paolo Roversi, and Herb Ritts are among those included. The works featured range from advertising campaigns to magazine covers and video stills. The book also features Campbell’s own writings, in which she reflects on the beginnings of her career, and her collaborations with designers including Azzedine Alaia, Gianni Versace, and Karl Lagerfeld, all of whom considered her to be a muse.

Speaking about the release, Campbell said, “It took quite a few years to put this together, because we didn’t want to rush it. The result is a dream come true. It has allowed me to remember and give credit to all the wonderful people I’ve had the pleasure of working with over the years.”

Naomi: Updated Edition is priced at £100 (approx. $130 USD) and is available now from the TASCHEN webstore.