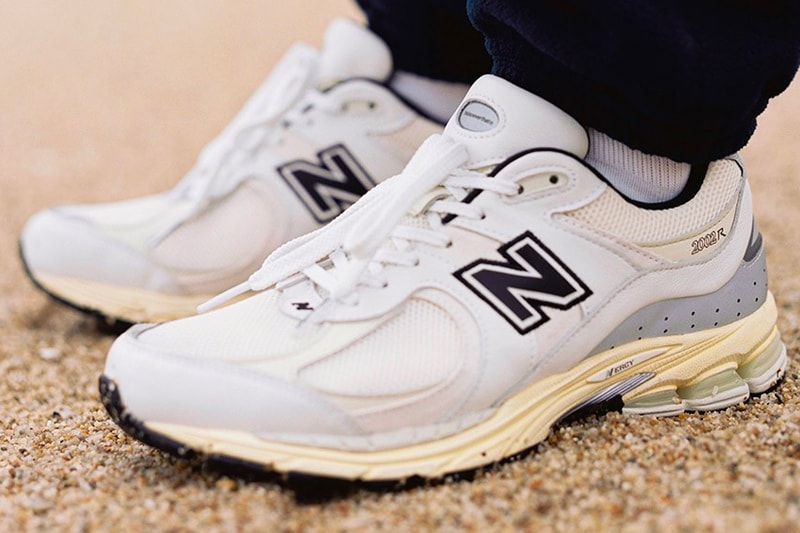 Following lauded takes on the 997 and 827 models, thisisneverthat has collaborated with New Balance once again for a take on the ML2002R. For the third collaboration from the South Korean label and the American sportswear name, the focus is on an in-line version of the MADE line MR2002 released back in 2010.

Putting together two colorways, the ML2002RN and ML2002RT references white and gray colorways associated with New Balance running shoes in the late ’90s and early 2000s. Utilizing premium materials, a distinct mix of mesh, leather and suede highlights the details of the model and retro colorways.

But the main detail of the collaboration is the sole units that elevate the uppers. Continuing the vintage theme, the white pair features a yellowed NERGY midsole paired with a contrasting black rubber outsole. The accompanying pair sports a glossy NERGY midsole complemented by a rubber outsole that carries on the gray tone of the upper.

Aside from the 2002R markings below the ankle and New Balance “N” branding gracing the rear, midfoot and vamp, thisisneverthat’s logo appears on the tongue and turquoise color printed insoles.