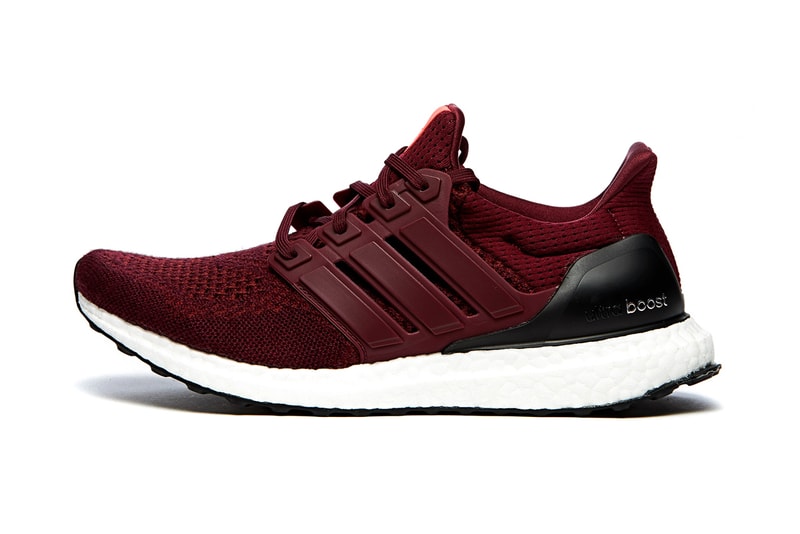 adidas has brought back the UltraBOOST 1.0 in its popular “Burgundy” colorway. First released in September 2015 — right when the UltraBOOST line was beginning to pick up steam as a lifestyle favorite — the simple-yet-elegant sneaker has returned for a half-decade encore with a recognizable construction and a few material upgrades.

Uppers take the “Burgundy” nom de guerre to heart, splashing both the Primeknit construction and TPU Three Stripe midfoot cage in the rich hue. Printed tongue tags and insoles alike offer a tonal contrast by using a bright shade of reddish-orange. Heel clips are done up in black and embellished with a silver/black UltraBOOST spellout graphic. Down below, BOOST midsoles are built in a signature undyed white. Black outsoles trade in the 2015 pair’s nubbed traction pattern for a flatter, grippier Continental rubber disk construction and the midfoot’s Torsion bar serves up a finishing touch of reddish-orange flair.

The adidas UltraBOOST 1.0 “Burgundy” is set to release at retailers like Sivasdescalzo in the coming weeks, and is priced at a standard $180 USD.

For more from the world of the Trefoil, check out a wacky “Solar Slime” colorway of the UltraBOOST DNA and feast your eyes on the upcoming ZX 2K 4D “Grey Four/Solar Orange.”