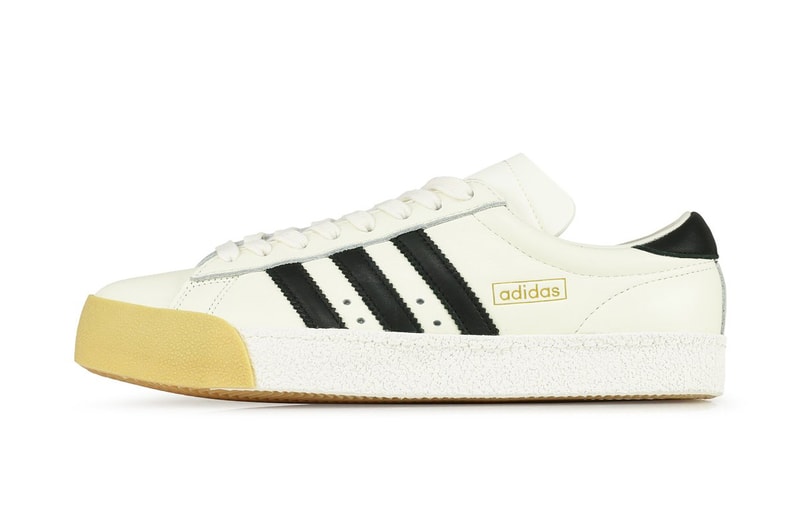 adidas Consortium was founded in 2005 alongside the Superstar‘s 35th anniversary, making it arguably the most important sneaker in Consortium’s history. However, before the Superstar was the Supergrip, a basketball shoe from the 1960s that now finds itself re-made for 2020 thanks to adidas‘ special editions arm.

The Supergrip seen here is based on a prototype that serves as the precursor to the Superstar. Both are low top sneakers with a rich history indebted to basketball culture, and both were favored by players in the ’60s and ’70s, respectively. The Supergrip features a number of aspects similar to the Superstar, many of which have been faithfully recreated for this 2020 adidas Consortium pair.

At the front, you’ll spot a rubber gum toe shield that sits on top of the white midsole. The toe box isn’t a shell toe like the Superstar, instead, it is smooth and is made from leather. On the mid-panels, you’ll find three black leather stripes with two sets of perforations between them, as well as a gold-toned foil adidas stamp.

The rear is minimal in its approach, as the low-profile pair is finished with a contrasting mini heel tab and a stitched panel. Staying true to its roots, the Supergrip is finished with a PVC foam tongue, and its original prototype box has even been recreated to be just like the one from the ’60s.

Take a look at the adidas Consortium Supergrip in the gallery above, and pick up a pair now from stockists such as Hanon, where the sneaker retails for £110 GBP (approx. $143 USD).