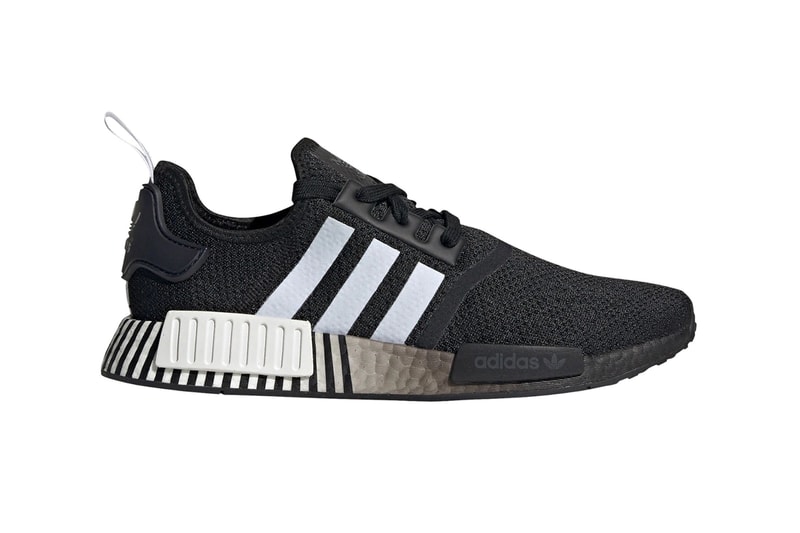 adidas drops its form-fitting NMD R1 in a new colorway. The popular trainer’s midsole has been dressed in a gradient “Core Black” and “Footwear White” colorway. Adding to its sleek construction, the uppers are constructed with a breathable solid-black Primeknit material.

Defining the trainer is its monochromatic gradient accents placed at shoe’s BOOST midsole. Starting from the heel are crisp white tones, accented by thin vertical stripes, transitioning into black tones towards the forefoot — a large white EVA plug is placed at the rear, followed by a black “adidas”-branded plug at the front. Those interested in the adidas NMD R1 “Core Black” can head over to atmos where they are available for ¥16,000 JPY (approximately $148 USD).