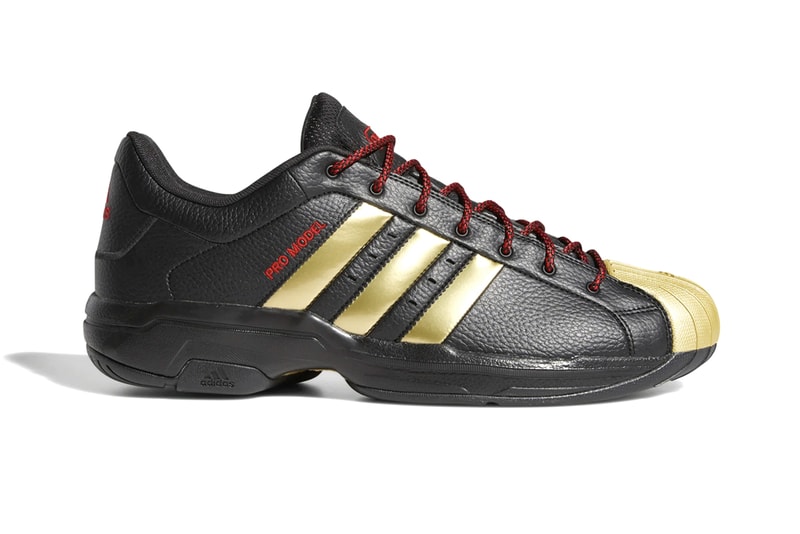 Each silhouette is emblazoned with the traditional colors that celebrate the Chinese New Year. The Pro Model 2G Low features a shiny gold shell-toe and Three Stripes branding on the sidewalls, popping out from the shoe’s sleek black leather uppers. “PRO MODEL” is woven on the sides in red, matching the same tone as the laces, tongue and heel counter. In contrast, the D.O.N. Issue #2 boasts uppers that are mostly red. Mesh overlays cover the upper quarters, body and forefoot, complemented by a black tongue, TPU heel support and midsole decorated with gold speckles.

The Dame 7, with its red mesh uppers black heel and speckled midsole, sports a similar colorway to the D.O.N. Issue #2. It is built, however, with a rounder mold with more weight and stability added to the sole. Finally, the D Rose 11 features gold accents against red and black uppers. Its gold “Lightstrike” midsole is set below sidewalls colored in red and black zebra stripes. Other details like black neoprene collars, red laces and a speckled sole round off the designs of the celebratory colorway.

In case you missed it, here’s an on-foot look at the adidas YEEZY BOOST 700 “Sun.”