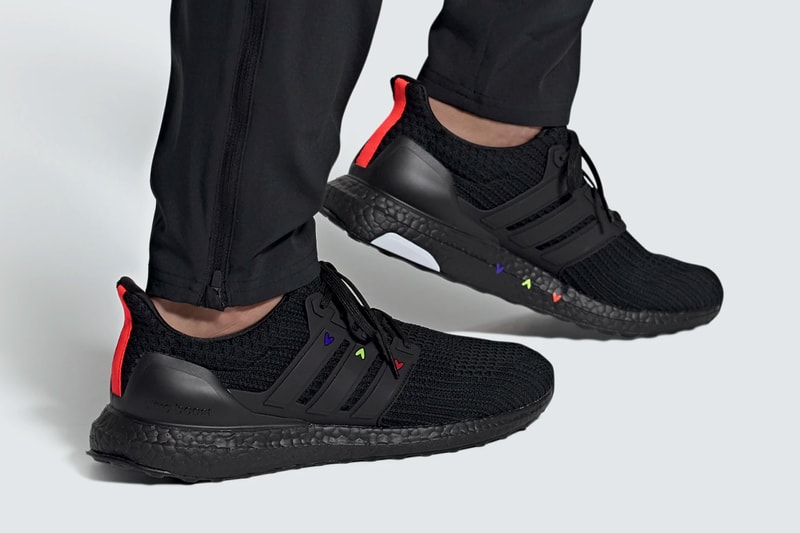 Valentine’s Day may still be several weeks away, but as far as adidas sees it there’s never a bad time to show your love for the UltraBOOST. Due to this, lovestruck fans of the modern classic adidas running silhouette will have their pick of heartfelt UBs this month: the UltraBOOST 4.0 DNA is releasing in two heart-adorned women’s colorways: “Core Black” and “Cloud White.”

The former of these styles puts forth a stark look, dressing its Primeknit upper, signature BOOST foam midsole and Continental rubber outsole in a rich black hue. The latter does the inverse, serving up celestial white in all three spots. Though the base shades are polar opposites, accents are uniform. Each places purple, yellow and red hearts — the middle of which is presented upside-down — on the lateral side of the Three Stripe midfoot cage and the medial half of the midsole. A full-color heart print is present on each insole as well, while tonal heel counters surround red fabric heel detailing to complete the look.

Expect both of these heart-embellished UltraBOOST 4.0 DNAs to release on the adidas webstore come January 15. Each is priced at a standard $180 USD.

For more from the world of the Trefoil, take a look at detailed on-foot shots of Kanye West’s YEEZY BOOST 380 in “Alien Blue Reflective.”