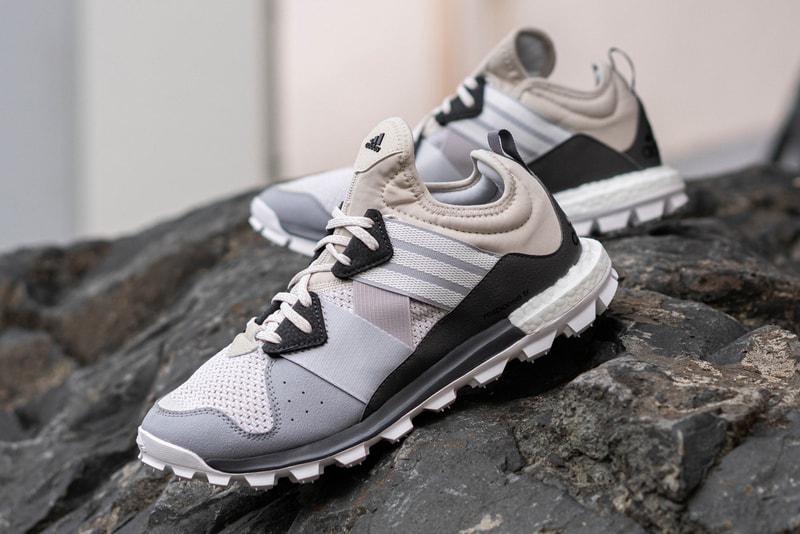 adidas has presented its versatile Response TR STMT in a new “Shoe Stories” two-pack of styles. Offered up in “Core Brown/Metallic Silver” and “Core Black” colorways, the Response TR STMT may be hike-themed, but is a go-anywhere silhouette that’s just as at home in the streets as it is on the trails From a colorway standpoint, “Core Brown/Metallic Silver” supplies an earthy look that mixes natural tan tones with sleek gray shades. On the other hand, “Core Black” keeps things simple with a timeless blend of black and white. Build is unique: mesh/synthetic uppers are overlaid with large elastic midfoot straps that also serve as anchor points for the lacing system. Resilient mudguards bolster the front half, and an elongated heel clip wraps around to the midfoot to add further to the layered detailing.

Branding is mostly kept to a minimum, with one of the three straps serving up a Three Stripe graphic and traditional adidas hits on the heel and tongue alike. Although the Response TR STMT offers several hiking-ready details and material choices, there’s nothing to indicate that it’s part of the adidas TERREX line. EVA foam midsoles feature BOOST cushioning in the heel for a bouncy feel, and rugged Continental rubber outsoles ensure all-terrain grip.

The adidas Response TR STMT is set to release at retailers like 43einhalb August 21, and is priced at $110 USD.

Moving from the trails to the track, size? has unveiled a duo of Montreal-themed adidas SL76 colorways, nodding to the ’76 Olympic Games.