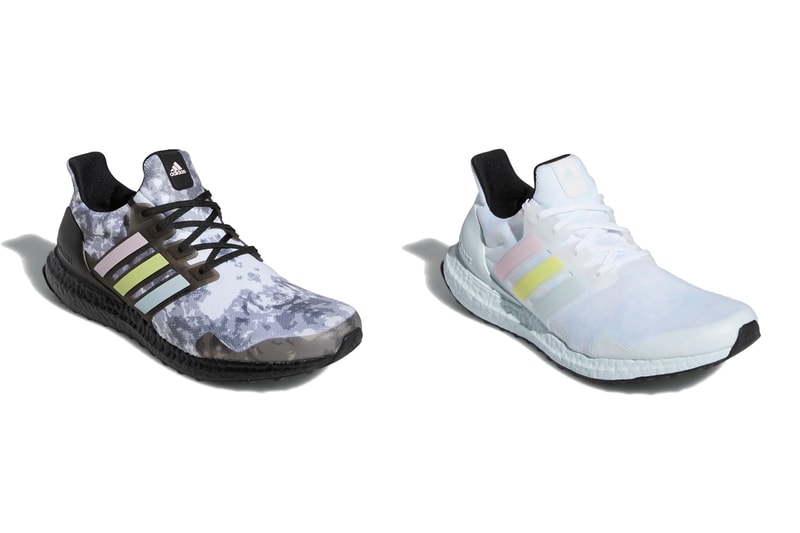 adidas may have recently revealed its high-tech UltraBOOST 21, but the Trefoil running division’s flagship silhouette is powering along with new takes on familiar models as well, dropping two “Sky Tint” styles of the classic UltraBOOST. One is stormy, the other sunny, but both coexist in the rarified plane between lifestyle and performance.

The more stormy pair supplies a winter camo style mixture of gray and white on its Primeknit upper, overlaid with smoky black heel clips, midfoot cages and mudgards. The midfoot cage’s Three Stripe detail is given a healthy dose of vibrance with pink, yellow and sky blue stripes, with black laces, a black BOOST midsole and a black Continental rubber outsole supplying a finishing touch.

On the other end, the second “Sky Tint” offers a crisp mix of white and ultra-light ice blue on the upper. More ice blue appears on the mudugard, midfoot cage and heel — on the first two pieces it’s translucent, on the third it’s solid. The pink-yellow-blue stripe assemblage of the first pair’s Three Stripe detail is replicated verbatim, with white laces, a light blue midsole and a black outsole rounding things off.