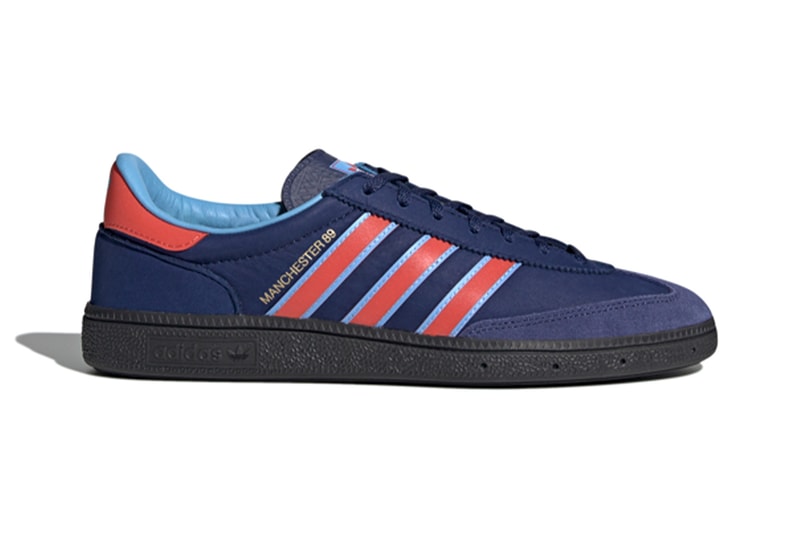 Following its Fall/Winter 2020 collection alongside New Order, adidas Spezial and its curator Gary Aspden return to the North West of the U.K. this season for its final footwear release of 2020.

Paying homage to the city and its long-standing love affair with the brand, the adidas Manchester 89 SPZL is the fourth footwear release to house the city’s name having first been created as a limited-edition silhouette in commemoration of its namesake city hosting the 2002 Commonwealth Games. Following collaborative releases alongside size? and Oi Polloi, Aspden then also introduced two iterations into his Spezial FW16 collection, all of which sold out in no time at all.

The roots of the idea for the Manchester 89 SPZL came from a recent collaboration alongside British band New Order, a group which Aspden had originally planned for the sneaker to be named after.

“I had suggested to New Order that given how important they have been to the city that we do a special ‘New Order’ edition of the adidas Manchester,” Aspden explains to HYPEBEAST.

“They had their own ideas on what they wanted to do for the footwear in the collaboration so in the end they politely declined the idea. These discussions got me thinking about what a new version of an adidas Manchester could be and so we decided to pursue this idea as part of the main adidas Spezial range. We knew it would need to be a stand-alone release so as not to overshadow the rest of the range”.

Arriving in a classic navy, light blue and red colorway, the shoe acts as a nod to the city’s football teams. Retaining the DNA of its original silhouette, the sneaker features a quintessential low-profile and asymmetric suede overlays, taking notes from the classic handball sneakers of the early nineties.

“The ’89’ in the naming obviously has cultural connotations for Manchester but is primarily about the fact that the use of parallel edged stripes was commonplace in late 80s designs,” Aspden continues. “If we were to do a new version of the Manchester then the shoe needed to go somewhere new but it needed to reference previous color palettes of previous releases and probably needed to stay with the Handball Spezial silhouette that the adidas Manchester is synonymous with.”

The stripes and heel moustache comprise reflective materials and feature parallel-edged stripes — a unique detail of a number of late 1980s Austrian made ‘City Series’ footwear releases. Rounding out the look is the addition of debossed Mod Trefoil logos on both tongues as well as the heel moustache of the left shoe.

Launching globally on December 16th, the Manchester 89 SPZL will be available from the adidas webstore.