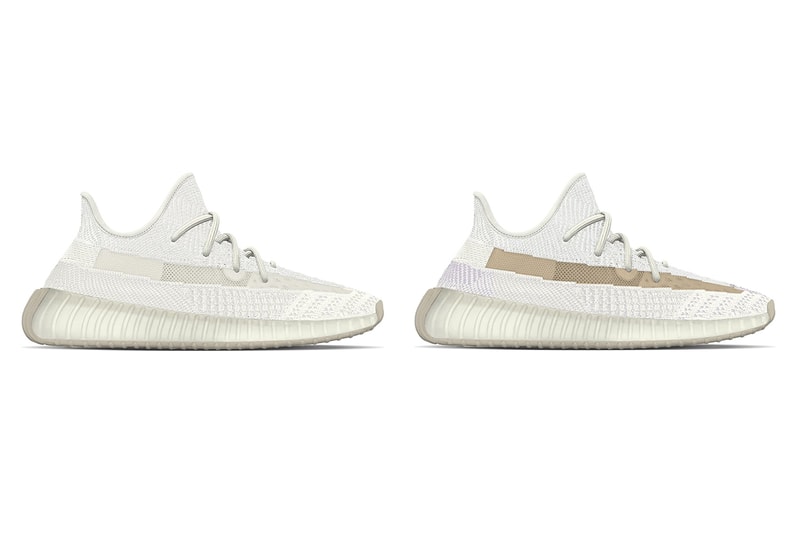 Despite all of the conversations around Kanye West’s recent split from Kim Kardashian and the back and forth over his actual net worth, there’s no denying that his YEEZY footwear empire with adidas is still continuing to trend in the upwards direction. As if the early 2021 months haven’t showed us enough, Ye is further building out his footwear roster here with the adidas YEEZY BOOST 350 V2 “Light” that comes built with never-before-seen-UV sensitive technology.

Given that many of the YEEZY 350 V2 colorways have been starting to look all too familiar to its predecessors, it is quite refreshing to see the mainstay silhouette receive a constructional modification. At first glance, the sneaker may seem a bit plain at first due to the nature of its base layers primarily being done up in cream white. However, the twist here is that the PrimeKnit, along with the side stripes have been altered in such a way that they color-shift at various points when the sunlight penetrates them. According to leaker account YEEZY MAFIA, the pattern details morph into a soft pink hue, while the stripes transform into an amber tone.

Ribbed midsoles will continue the neutral motif by arriving with more creamy skins and getting mated with muted beige treading.

For other footwear news, HYPEBEAST recently sat down with adidas to dive deeper into Torsion technology.