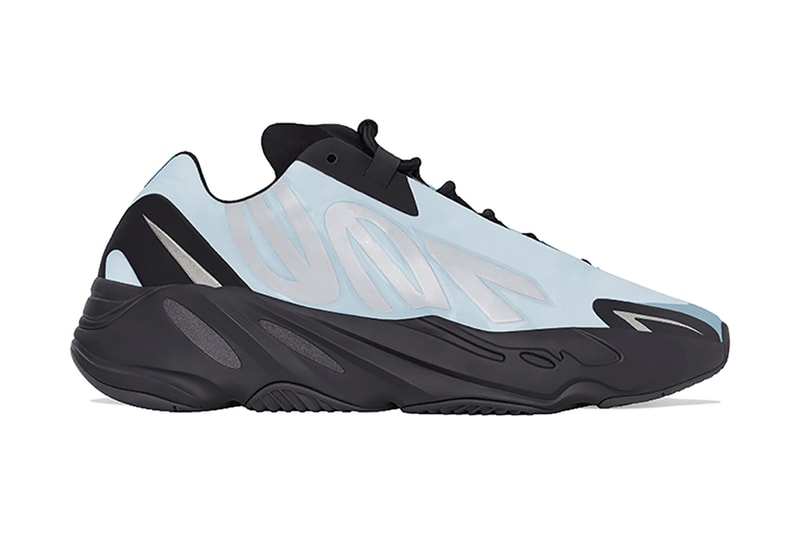 The YEEZY BOOST 700 MNVN model had a strong 2020 as it showed out with a plethora of fresh colorways including the “Phosphor”, “Bone” and “Triple Black”. For Spring 2021, the adidas model is aiming to pick its momentum back up with even more offerings, one being this powdery YEEZY BOOST 700 MNVN “Blue Tint” colorway.

The uppers of this footwear proposal by Kanye West aren’t unlike anything that we’ve seen before. Accents still split between black and reflective hits, the former being planted onto the throat and bungee-style laces, as well as the forefoot and heel overlays while the latter is most pronounced on the side paneling’s 700 branding. Its “Blue Tint” tone is called upon to dominate the lateral and medial walls, and spruce up the shoe with Spring-appropriate sensibility.

Down below, the midsole unit — which is ripped right from the original adidas YEEZY BOOST 700 V1 — is clad with a charcoal exterior, and the treading continues the darker theme by arriving in all-black.

adidas still has to confirm its release date, but it’s expected that these will be officially dropping during Summer 2021. Retail price will be set at the usual $220 USD.

For more news in the realm of footwear, first images of the YEEZY FOAM RNNR “Mineral Blue” have surfaced.