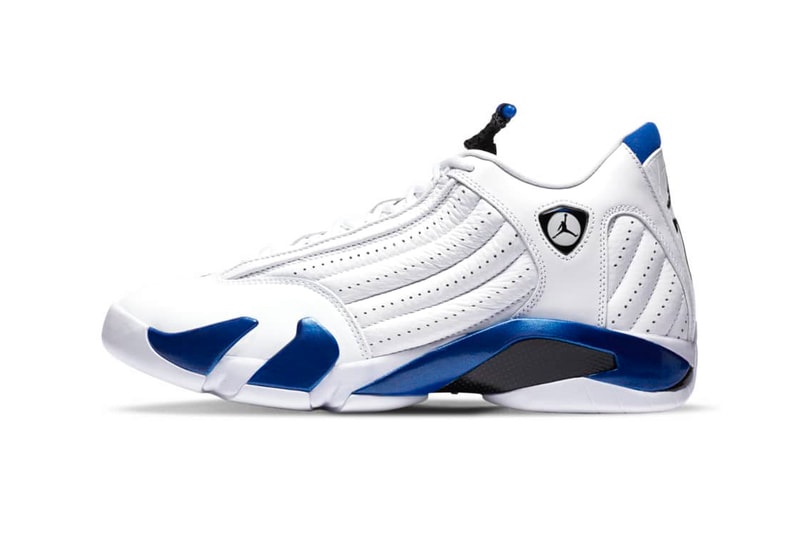 Earlier this year, Jordan Brand showcased its entire Fall 2020 core line of sneakers, and now the sportswear giant is readying for the release of its Air Jordan 14 “Hyper Royal.”

Michael Jordan wore the Air Jordan 14 during his final championship run in 1998, and 22 years later it is finally receiving the “Hyper Royal” makeover that it so perfectly wears.

Jordan Brand has made the pair from premium white tumbled leather and has coupled this with “Hyper Royal” blue components all-around — many of which are metallic and highlight the midsole. More touches of blue can be found on the collar and on the tongue tag, which helps bring the shoe together cohesively.

Black has been used on the rear to highlight the signature “23” branding and, naturally, the carbon fiber shank as well. Other elements inspired by “the fastest cars on Earth” include its Jumpman logo near the collar, which is housed in a Ferrari-esque plaque.

In case you missed it, check out the Air Jordan 4 “Laser Green.”