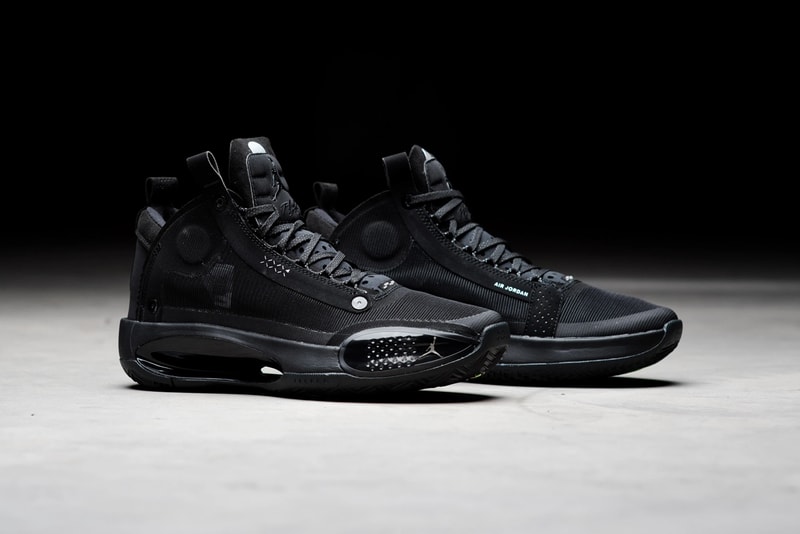 Michael Jordan is a man of many nicknames — one of which, Black Cat, provided the inspiration for a memorable Air Jordan 4 and has now been used for the Air Jordan 34. Taking after the similarly stealthy AJ4 that’s 30 models its senior, this AJ34 brings MJ’s famed nom de guerre into the modern day with advanced materials and potent technology.

As is to be expected, stark black hues are the name of the game here. Matte tones are used on the mesh-and-synthetic upper and EVA midsole, while glossy shades appear on the tongue trim, forefoot’s podular detailing and signature midfoot Eclipse Plate. This Eclipse Plate provides standout lightweight support, and also encases one of the few color deviations: a neon green Zoom Air cushioning unit in the forefoot.

The Air Jordan 34 “Black Cat” will release on February 6 at retailers like Foot Locker and Sneaker Politics, complete with a MSRP of $180 USD.

For more from Jordan Brand, check out J Balvin‘s wild Air Jordan 1 collaboration that he premiered on Super Bowl Sunday and performed in during the game’s halftime show.