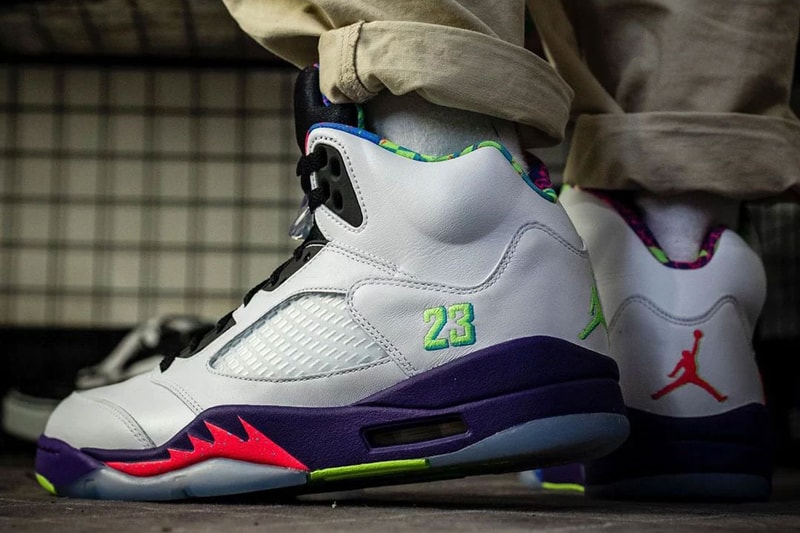 As we enter the middle of August, Nike continues to dominate release calendars with a plethora of must-have silhouettes and colorways. There are several other headline-worthy offerings on hand but this week really is all about the Swoosh, which has its hands full with explosive reissues, extracurricular activities and its latest quarterly financial results. In the meantime, let’s review some of the past week’s most notable announcements, teasers and reveals.

As our editors relished their favorite footwear styles of the year, we saw collaborative teasers from DIME x New Balance and KITH x Coca-Cola x Converse, the latter hinting at a new take on an old favorite. Meanwhile, Jaden Smith introduced a white iteration of his New Balance Vision Racer and OAMC prepped its latest bespoke adidas styles.

Speaking of adidas, the Three Stripes is as busy as ever. From Ninja’s new Superstar to a Manchester-inspired UltraBOOST DNA to Donovan Mitchell’s D.O.N. Issue #2, there’s a lot of newness coming out of Herzogenaurach. Even still, that’s only the tip of the iceberg: adidas has also prepped a laceless X GHOSTED soccer boot and two retro styles in partnership with Size?

Even still, this was Nike’s week. It debuted new ACG footwear styles, including a Mt. Fuji-inspired Air Deschutz sandal, while the Space Hippie 01 emerged in “Wheat White” and the Kyrie S2 Hybrid received a wild “What the USA” makeover. On the Jordan side, the Air Jordan 7 “China” drew from Beijing’s legendary Forbidden City and innovation reigns with the laceless, briefcase-packed AJNT23 sneaker.

Before we delve into this week’s upcoming drops, don’t forget that release dates could shift due to lingering effects of the coronavirus pandemic and visit HYPEBEAST’s Trading Post for even more forthcoming arrivals in the realms of fashion, footwear, design and art. Release Date: August 12
Release Price: $160 USD
Where to Buy: Reigning Champ
Why You Should Cop: The GEL-Nimbus 22 “Paris Edition” is a powerful finale to the “global tour” partnership kicked off last year by Reigning Champ and ASICS. Considering its chic Parisian inspiration, the running shoe is appropriately sleek, boasting clean white and silver shades accented by grey and features a pop of color by way of white and red laces which altogether yields a subtle nod to the French flag. Release Date: August 13
Release Price: $189 USD
Where to Buy: END.
Why You Should Cop: From the Kukini-inspired soles to the vibrant patterns on the translucent uppers, Nike’s latest ISPA sneaker styles are far from subtle. Offered in “Medium Olive” and the paler “Spruce Aura,” these two ISPA Flow 2020 shoes command attention thanks to the high-contrast color palettes, aggressive stitching and quirky cut-out accents — even the laces are patterned, for maximum visual impact. Release Date: August 13
Release Price: $100 USD
Where to Buy: Converse
Why You Should Cop: Respected photographer Shaniqwa Jarvis is granted the honor of realizing the Converse Chuck Taylor CX‘s first collaboration, upgrading the silhouette’s stretch canvas upper with a floral pattern sourced from a portrait she took of her father. Translucent pink rubber informs the shoe’s bottom portion, a soft accent that complements the textural detailing above. Release Date: August 14
Release Price: $140 USD
Where to Buy: adidas
Why You Should Cop: Part of the fan favorite A-ZX Series, adidas’ ZX 8000 “Superstar” is a playful update to a classic running shoe model. The timeless silhouette has been elevated by a trompe l’oeil print that recalls last year’s Raf Simons collaboration, wherein Superstar stripes, panels and details are emblazoned on top of the sleek ZX 8000, complete with a faux-weathered “stitched” sole. Release Date: August 15
Release Price: $190 USD
Where to Buy: Nike SNKRS and Foot Locker
Why You Should Cop: Jordan Brand and beloved ’90s sitcom The Fresh Prince of Bel-Air have been intertwined ever since Will Smith famously rocked Air Jordan shoes in the title sequence and various episodes. This nostalgic piece of sneaker history inspired the creation of a vivid Air Jordan 5 “Bel-Air” colorway and several Fresh Prince-inspired silhouettes, the latest of which is this Air Jordan 5 “Alternate Bel-Air.” A follow-up to 2013’s Air Jordan 5 Retro “Bel-Air,” the “Alternate Bel-Air” retains the bright hues and eye-popping detailing of its predecessor but lightens the leather upper’s hue for a fresh-yet-familiar look. Release Date: August 15
Release Price: $110 USD and $85 USD, respectively.
Where to Buy: Nike SNKRS
Why You Should Cop: Nike’s Blazer ’77 Mid and Sky Force 3/4 each receive the “Grey Fog” treatment, taking cues from Coney Island for desaturated grey suede uppers and watery blue accents. As a nod to the basketball talent that has emerged from the Brooklyn community, Nike Sportswear has laced up each shoe with a basketball-shaped lace deubrae. Release Date: August 14
Release Price: $110 USD
Where to Buy: Eric Emanuel’s website
Why You Should Cop: After joining forces for a premium Question Mid, Eric Emanuel and Reebok have reunited for a subtle twist on one of Emanuel’s favorite Reebok silhouettes, the Club C. Emanuel selected four colorways of the iconic trainer with the aims of creating sneakers that can fit into any and every wardrobe, versatile colorways that Emanuel himself plans “to wear… FOREVER.”