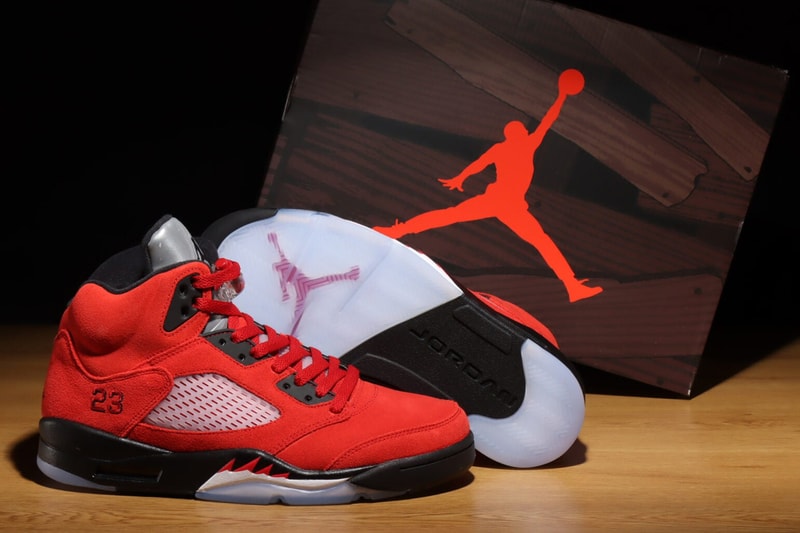 Easter weekend has passed, March Madness has reached its conclusion and the world’s biggest footwear brands are keeping the ball rolling in April with a swath of appealing drops. This week sees new heat from Jordan Brand, Nike, adidas, Converse and more hitting shelves, but before we dive into this week’s ten best releases let’s recap what went down last week.

HYPEBEAST was blessed with the presence of a living legend on this week’s installment of Sole Mates, namely Stan Smith, who discussed — you guessed it — the adidas Stan Smith. We also provided a detailed look at the CLOT x Nike Air Max 1 “K.O.D. CHA.”

The Swoosh and the Jumpman both made a ton of noise. Jordan Brand revealed its full Summer 2021 Air Jordan retro collection, and we got on-foot looks at both the Air Jordan 1 “Pollen” and Air Jordan 1 “Electro Orange.” A Ma Maniére announced a release date for its Air Jordan 3 collaboration, and Zion Williamson entered the signature sneaker market with his Jordan Z Code. On the Nike front, the main news was of the legal and political varieties: the Swoosh continued its legal battle with MSCHF over the Air Max 97 “Satan Shoes” and its Priority Mail-inspired Air Force 1 Experimental drew the ire of the USPS. Most surprisingly, however, it was revealed that Nike paid zero federal income taxes over the past three years despite profiting $1.4 billion USD over that period.

Elsewhere in the world of Nike, Inc., there was lots of Dunk news. We saw official images of the Dunk High “Dark Sulfur” plus the Dunk Low “Michigan” and “Michigan State,” checked out Nike SB’s 4/20 inspired SB Dunk High “Maui Wowie” and got a peek at an upcoming Parra x Nike SB Dunk Low. Moving to modern hoops shoes, UNDEFEATED re-released its Nike Kobe 4 Protro pack, Kevin Durant’s Nike KD 14 was revealed and official images of the LeBron 8 “HWC” caused a stir.

Heading away from Beaverton, New Balance announced that Aimé Leon Dore founder Teddy Santis would be the new creative director of its MADE in USA line, and Converse made a splash with two collaborations: a duo of Kim Jones x Converse Chuck 70 His and a fresh COMME des GARÇONS PLAY x Converse Jack Purcell collection. On the adidas front, Bad Bunny’s adidas Forum Low “Easter Egg” dropped on Easter Sunday, and Kanye West’s adidas YEEZY BOOST 700 MNVN “Blue Tint” made an appearance. Last but not least, Reebok announced that Allen Iverson’s classic Answer IV would return to market.

Caught up? Good. Let’s get into this week’s 10 best releases. Check out our list below, and head over to HBX to check out even more new footwear styles. Release Date: April 6
Release Price: $110 USD
Where to Buy: Nike SNKRS and The Berrics Canteen
Why You Should Cop: Verdy’s Wasted Youth was inspired by punk rock on its new SB Dunk Low collaboration, a shoe that boasts a patchwork denim and leather build plus D-ring hardware. There’s also an element of regimented customization at play: if you so desire, you can cut off the Swoosh for a dashing DIY look. Release Date: April 7
Release Price: £250 GBP (approximately $345 USD)
Where to Buy: adidas and HBX
Why You Should Cop: The Forum is currently one of adidas’ hottest lifestyle silhouettes, so it’s only right that Y-3 — one of adidas’ biggest partners — gets a crack at it. Y-3’s high-top style largely leaves the Forum’s basketball-centric ethos intact, but adds a striking zipper around the collar for some high fashion flair. Release Date: April 8
Release Price: $160 USD
Where to Buy: Converse and HBX
Why You Should Cop: Even though he’s one of the busiest men in fashion these days, Kim Jones still has time to dabble in the world of footwear collaborations — and his latest project is two reinforced takes on the Chuck 70 Hi. Jones wanted to “protect” the Chuck, so he encased it in a translucent plastic shell and doubled up its midsole, making for a rugged, boot-like sneaker that’ll get you through the summer in style. Release Date: April 8 (US/Europe) and April 10 (Japan)
Release Price: TBC
Where to Buy: Supreme
Why You Should Cop: It’s rare that you see a non-sneaker on the Weekly Footwear Drops list, but the Supreme x Dr. Martens 5-Eye Shoe definitely passes muster. Arriving in a wild zebra print plus classic peanut butter brown and stark black colorways, the latest from Supreme and Docs artfully adopts an “if it ain’t broke, don’t fix it” ethos — creating an ideal style for longtime Doc fans and sneakerheads who want to try out a non-sneaker shoe alike. Release Date: April 9
Release Price: €140 EUR (approximately $165 USD)
Where to Buy: Overkill
Why You Should Cop: With a colorway inspired by graffiti — more specifically, Montana Gold spray paint cans — and a build that combines elements of the ZX8000 and ZX9000, the Overkill x adidas ZX8500 may be this week’s most vibrant drop. It even comes with a removable, paint-proof shroud so you can keep ’em crispy if you’re out on an impromptu bombing run. Release Date: April 9
Release Price: $200 USD
Where to Buy: Nike SNKRS
Why You Should Cop: LeBron James’ Los Angeles Lakers are the defending NBA champions and the Los Angeles Dodgers are the reigning World Series champions, so the King is saluting the boys in blue with a LeBron 7 “Baseball Blue.” Boasting a blue mudguard with a palm tree print and baseball-like red stitching the “Baseball Blue” is a clever homage to West Coast championship greatness, and although it previously released in Japan this marks its US debut. Release Date: April 9
Release Price: $140 USD
Where to Buy: Reebok and Foot Locker
Why You Should Cop: Allen Iverson’s famed jewelry played a part in the creation of the Reebok Question Mid “I3 Motorsports,” but its inspiration runs deeper than that. It also nods to the parallels between basketball and “bike life,” namely the common threads of customization and individuality that run through each activity. Its black and silver color scheme are reminiscent of the Las Vegas Raiders too, albeit unintentionally. Release Date: April 9
Release Price: $140 USD
Where to Buy: adidas and HBX
Why You Should Cop: Pharrell and adidas have taken to releasing “basics” collections full of elevated wardrobe staples that include footwear. The latest addition to this lineup? Simple-yet-effective white or black Superstar Primeknits. Each features a versatile, comfortable knit construction and is embellished with small pops of green branding, making for appealing everyday sneaker options. Release Date: April 10
Release Price: $190 USD
Where to Buy: Nike SNKRS, Foot Locker and atmos
Why You Should Cop: What really needs to be said? The Air Jordan 5 “Raging Bull” is one of the most beloved non-OG Air Jordan 5 colorways of all time, and this is the first time we’ve seen it since its inclusion in a legendary 2009 DMP pack. Its shaggy red suede build is as glorious as ever, and it even comes packaged in an original box. Release Date: April 12
Release Price: $220 USD
Where to Buy: adidas and YEEZY Supply
Why You Should Cop: The YEEZY 500 High is half basketball shoe, half boot and quite unlike anything else on the market. This week it’s arriving in a new “Frosted Blue” colorway that’s its most vivid yet thanks to chilly blue detailing. Its arrival has yet to be confirmed by adidas, but if it does indeed drop it’ll be one of the week’s most desirable releases.