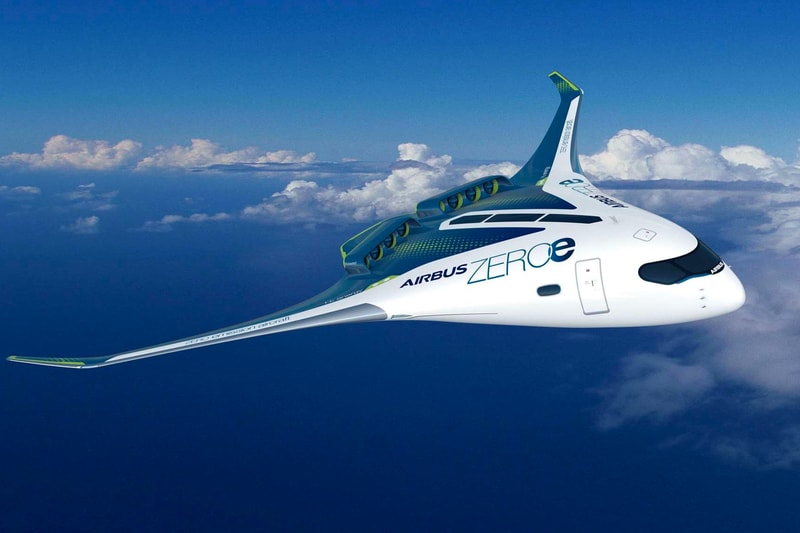 Airbus has just teased plans to venture into an alternative fuel source for its planes. While not set to take place anytime soon, the European aerospace corporation posed three new concepts to would reduce the carbon footprint in air travel.

Named the ZEROe program, all of the three planes will use hybrid turbofan engines that use liquid hydrogen at its fuel source. The engines will be joined with an electronic propulsion system that generates electricity that runs alongside the gas turbine. The first design comes in the form of a Blended-Wing Body aircraft (BWB) which can carry 100-200 passengers up to 1,000 miles. Second is an Airbus short-haul Turboprop concept that can carry up to 100 passengers up to 1,000 miles in distance. Lastly, Airbus proposes a plane that resembles more of what travelers are accustomed to with a Turbofan design. The Turbofan has an extended wingspan and can take 100-200 passengers up to 2,000 miles.

Airbus comments that hydrogen “holds exceptional promise as a clean aviation fuel and is likely to be a solution for aerospace and many other industries to meet their climate-neutral targets.” Look for a working example as early as 2035.

In other clean energy news, Ford shows off its all-electric F-150 prototype.