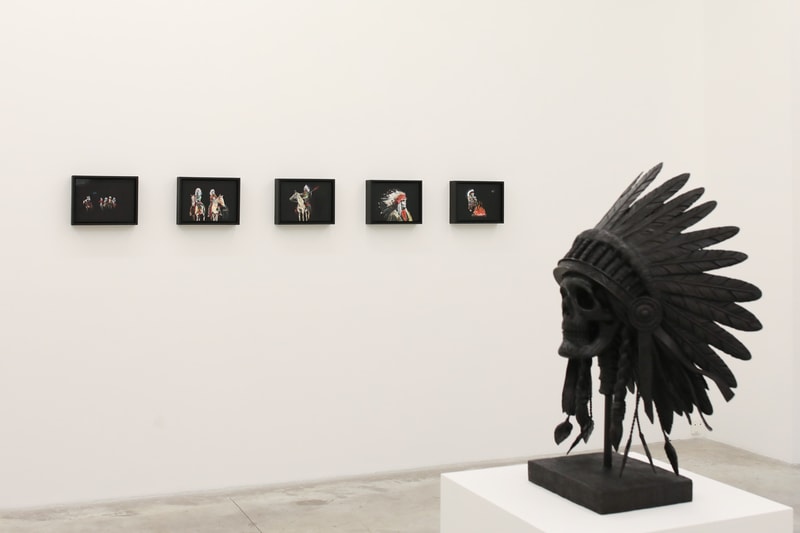 “Over the last several decades, artist Wes Lang has been honing his craft involving, amongst other things, a tireless, obsessive mining of a post-pop American landscape. A great many of the artist’s influences are a  function of a distinct autobiographical experience with certain exceptions; the  indigenous American as well as other totems of the American West,” said the gallery in a statement.

“Wes Lang” is on view until November 14 at the address below. Head to Almine Rech’s website for more information.

Elsewhere in art, Coco Capitán explores the freedom of the sea in her latest exhibition in London called “Naïvy.”