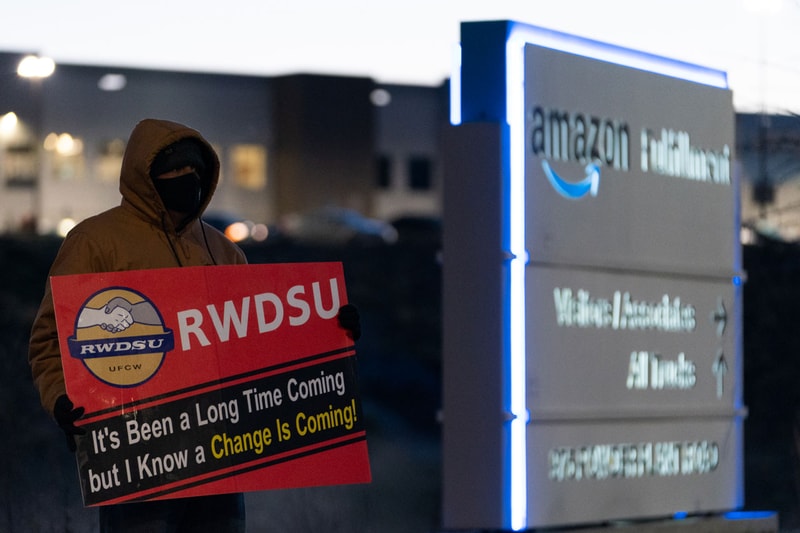 Amazon looks likely to defeat efforts by warehouse workers in Bessemer, Alabama, to unionize, according to numbers released from an ongoing vote count.

According to CNBC, more than two-thirds of the ballots have been counted by the National Labor Relations Board as of Friday, showing that Amazon has surpassed the 1,608 votes necessary to defeat the effort. About 700 workers voted to join the Retail, Wholesale and Department Store Union.

Union representatives confirmed to CNBC that there were still about 500 challenged ballots that were not counted yet.

In a statement, the Retail, Wholesale and Department Store Union said that Amazon “illegally interfered in the union vote.” It said it would “request that the National Labor Relations Board Regional Director schedule a hearing on its objections to determine if the results of the election should be set aside because conduct by the employer created an atmosphere of confusion, coercion and/or fear of reprisals and thus interfered with the employees’ freedom of choice.”

Stuart Appelbaum, president of the union, said Amazon had “left no stone unturned in its efforts to gaslight its own employees.”

“We demand a comprehensive investigation over Amazon’s behavior in corrupting this election,” he added.

Last month, Twitter banned an army of fake accounts pretending to be Amazon ambassadors who aggressively defended the company from criticism. Amazon has come under fire in recent months for stifling its employees’ efforts to unionize and for reports that its workers were forced to pee in bottles.