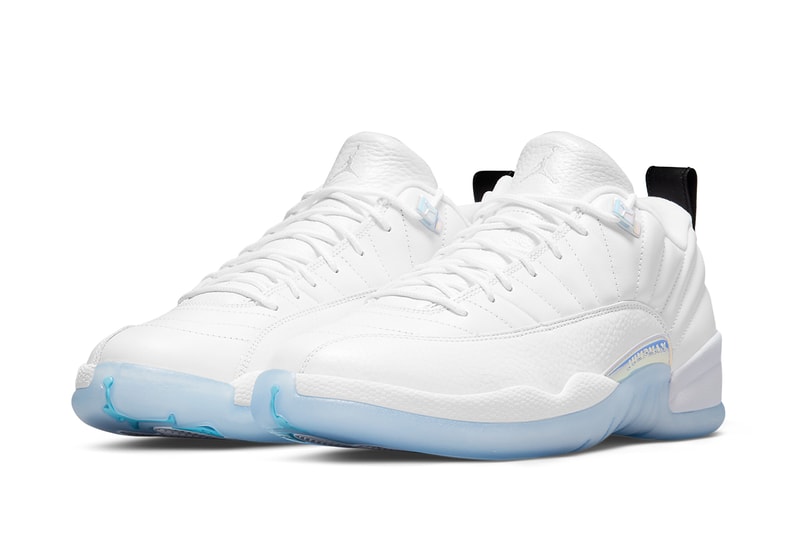 Save for the model’s recent release of its “Super Bowl” colorway, the Air Jordan 12 Low hasn’t seen the light of day since its “Wolf Grey” launch back in 2017. However, it looks as though Jordan Brand will be revving up its offerings this year as it has just emerged in a brand new Easter-themed colorway.

The execution of this low-profile variation is a rather straightforward one as it emphasizes a clean-cut look, but the vibrant accents here deliver vivid spirit. Uppers call upon two forms of leathers, one being smooth which is applied to the base layer while a tumbled version informs the mudguard. From there, shimmery iridescent accents take charge on the eyestays, while silver hits sprinkle towards the embroidered Jumpman logos on the tongues. Additionally, the insoles are designed with pink and purple gradient backgrounds and crisp Jordan logos to reverberate its Spring holiday motif.

Riding underneath is a set of clean white midsoles which are coupled with icy blue treading that almost channels a similar aesthetic to the Air Jordan 11 Low “Legend Blue” which will see a release later this year.

A price and release date have not been announced as of yet, but it’s likely that Nike and other retailers will drop these sometime in April.