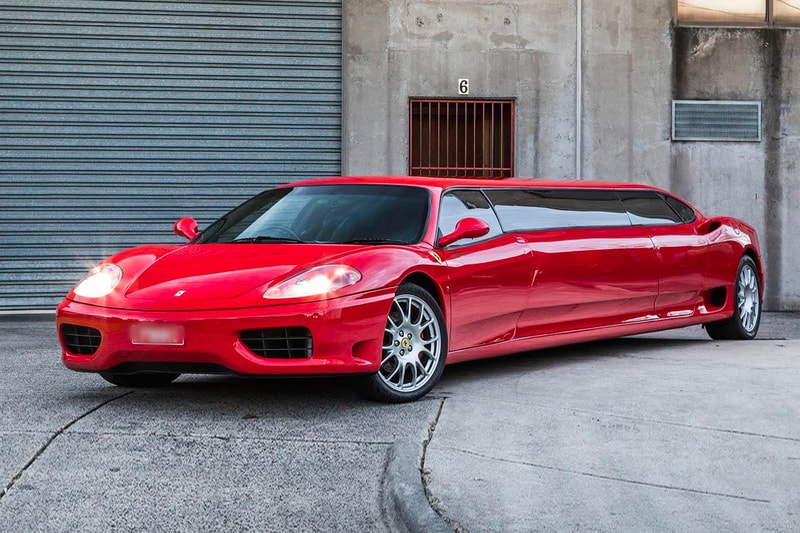 It seats a total of eight passengers in the rear cabin and two in the front, has elaborate LED lighting, a cinematic surround sound system, a bar, multiple televisions, two gull-wing doors, and is rear-wheel drive. The car started off as a standard Ferrari 360 Modena but was converted in 2012 to the world’s longest Ferrari and Australia’s only supercar stretch limo.

In other automotive news, Canepa to offer a 1963 Porsche 356B Outlaw with double its stock horsepower.