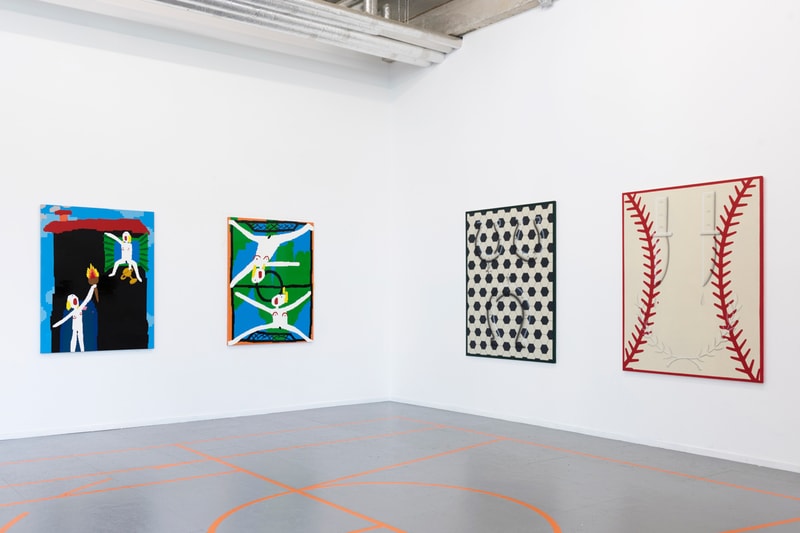 The exhibition’s floor mimics a playing field, making onlookers ponder if the works are pitted against eachother or if they’re all on the same team as part of an artful, visually-induced game. “The exhibition makes the emotions of the game tangible; heroics, pugnacity, humiliation and desperation, but also tactical and effortless concentration,” said the gallery in a statement.

Highlights of the exhibition include Tyberghein’s sports ball! 2020 acrylic on wood painting that features a baseball’s lacing thread set against a pair of hanging knives, Ojanen’s ceramic sculpture that features his recognizable child-like subject with droopy arms and hands that are holding a soccer ball and a basketball, as well as Jullien’s Untitled #2 acrylic on canvas work portraying a surfer with a serene beach background.

Take a look at the installation views for “EXTRA TIME” above and then head to PLUS-ONE Gallery’s website to learn more. The exhibition will run through September 5 until October 11.