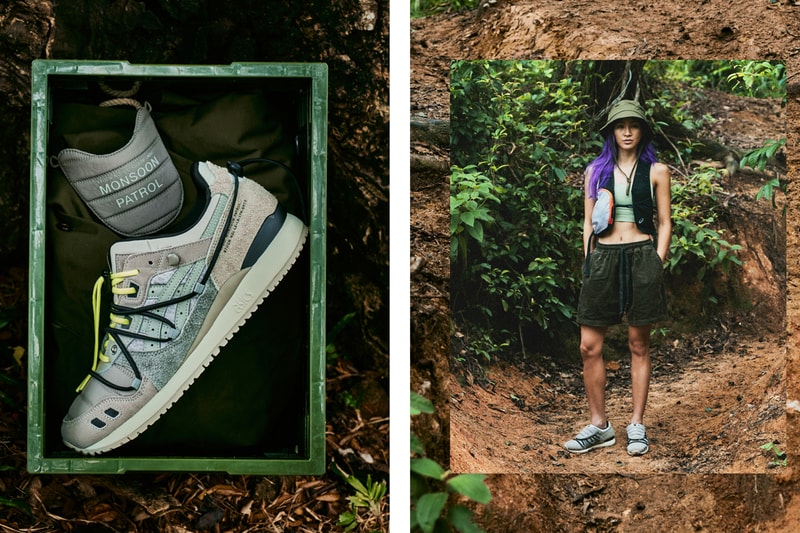 Following the reveal of its team-up with Angelo Baque‘s AWAKE NY label, ASICS is building out its footwear catalog even further for the second component of its capsule with Limited Edt and SBTG entitled the GEL-Lyte III “Monsoon Patrol II”. Much like the trio’s first project that released in 2018, this round draws inspiration from elements similar including the ideas of discovery, exploration and the monsoon seasons of Singapore.

Two colorways are included in this assortment such as the “Lichen Green/Piedmont Grey” and “Black/Black”, the latter of which is an ultra-limited offering that will be revealed in full later down the road. As for the former, it’s brighter-toned ensemble is a noticeable departure from the earthy hues that dressed up the aforementioned iteration from two years ago. Uppers, which are predominantly built with suede fabric, alternate accents of the green and grey, the former dressing up the puffer-like toe boxes, and mid-foot, while the latter takes care of the surrounding panels. Laces come in two forms, the first being dyed in yellow and arriving in its normal throat location, while the second contrasts with stark black which extend slightly further down onto the forefoot and wrap around the heel.

The three parties also decide to bring back the padded shroud, only this time adorning it with “Monsoon Patrol” lettering. Moreover, digital camo patterns signature to SBTG print across the entire insoles for added flair.