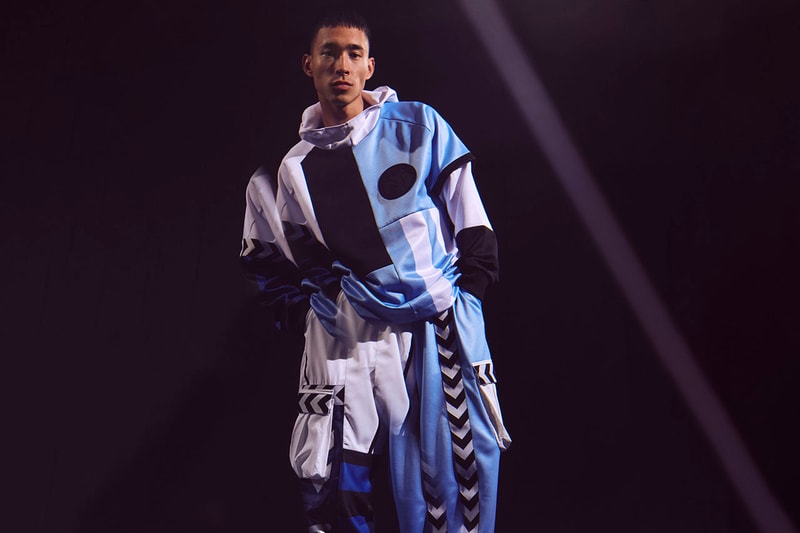 The resulting pieces mix Andersen’s sportswear-influenced aesthetic with hummel’s legacy as an athletic and performance label. A particular focus throughout is the team jerseys that hummel has produced, which have been reworked and repurposed by Andersen. Key items include tracksuits, shorts and football-style jerseys that feature a repurposing of Hummel’s signature chevron motif.

The collection also includes the previously-seen Reach LX sneaker. Like the rest of the collection, the footwear collaboration is heavily inspired by hummel’s archive, with these references mixed with technical elements including its semi-translucent upper and cushioned sole unit.

To launch the collaboration of repurposed deadstock pieces, Astrid Andersen and hummel have partnered with MADD Productions to release a short documentary exploring the process. In the short film, Andersen and other people who have worked on the collection discuss the various challenges that arise when producing the items in this way.

Take a look at the collection and watch the documentary above. The Astrid Andersen x hummel collaboration, including the Reach LX sneaker, will release at select retailers in the near future.

In other fashion news, a new Brain Dead x The North Face collaboration is on the way.