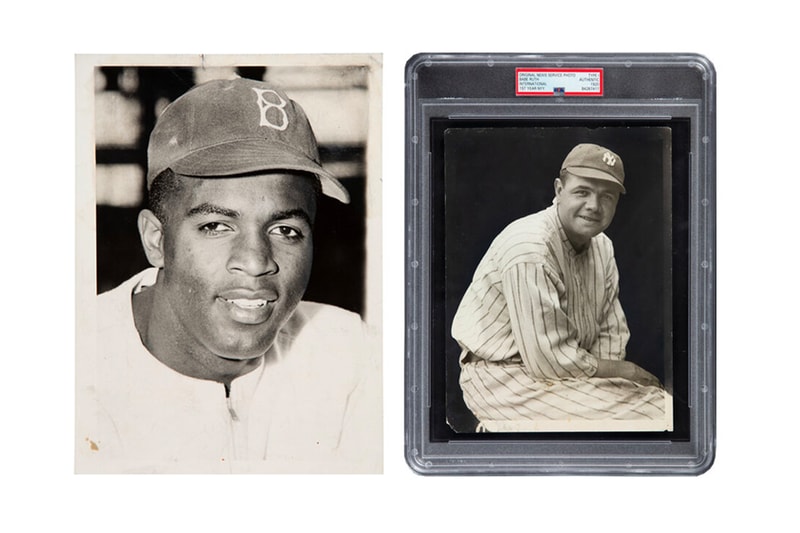 Jackie Robinson collectors are well familiar with his rookie card, whereby a copy of the baseball legend’s Leaf Trading Cards photo will be put up for sale by Heritage Auctions.

This photo, a 5 x 7 inches black and white image and more than 70-years-old, is expected to be available to bid at Heritage Auction’s Winter Platinum Night scheduled for February 20 and 21. The photo has been professionally examined and authenticated by PSA/DNA and has been given a Type I designation as a period original.

This particular image was used in an Associated Press news coverage of the Brooklyn Dodgers’ upcoming series with the St. Louis Cardinals. The article dates back to May 9, 1947 and includes a caption where Cards’ manager Eddie Dyer comments on the rumors of potential boycotts due to Robinson’s debut in the major leagues, “Reported talk of a strike against Jackie Robinson, negro player of the Brooklyn Dodgers, by the St. Louis Cardinals players, was denied today by Manager Eddie Dyer of the Cards. He said that if Brooklyn ‘thinks he can be of value to the club that certainly is all right with us’.”

Some baseball scholars believed that the conversation listed on the back of the card may have been more conjecture than facts, but nonetheless its existence as a news coverage illustrates the political climate at the time and provides a historical insight into the segregation in sports. The Jackie Robinson photo is expected to sell for at least $80,000 USD.

As well, the auction consists of another circa 1920 image of a young Babe Ruth, the exact 7 1/4 x 9 1/2 inches photo used to create Ruth’s 1933 Buttercream card. The photo originated from Baseball Magazine where the back of the card includes a hologram with the provenance from the collection of the long-running application. Babe Ruth’s photos is expected to sell for $20,000 USD.

The Winter Platinum Night auction is set to open on January 29, 2021 at Heritage Auctions.

In case you missed it, The Rock’s University of Miami card sold for $14,000 USD at auction.