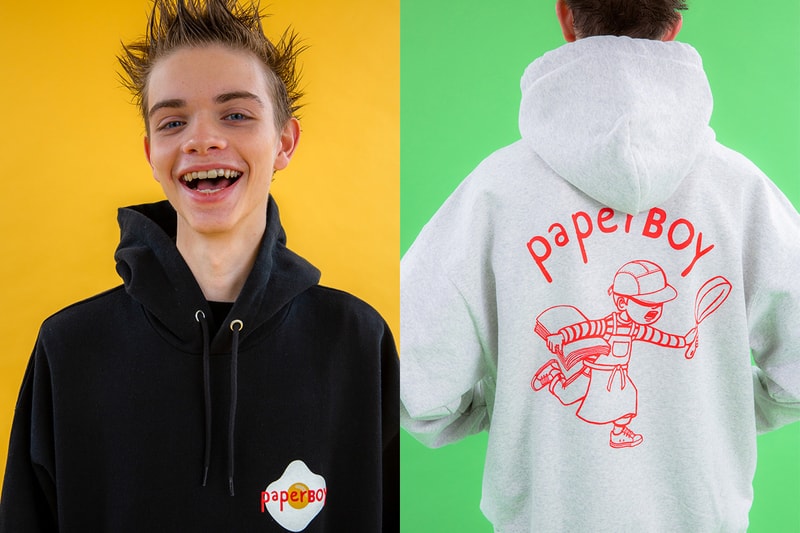 Located in the Marais region of the capital, Paperboy Paris has seen its popularity grow considerably in recent years after teaming up with the likes of New Balance and DISTANCE, as well as its previous collabs with BEAMS.

For 2021, the pair have utilised a fried egg illustration — alongside Paperboy’s archetypal character — to deliver a line-up of sweaters, T-shirts and caps.

Last time around the pair also called on NEEDLES to craft an accompanying selection of products to drop alongside the release. This time, as well as again tapping up NEEDLES again for a bespoke tracksuit and a bucket hat combination, Paperboy and BEAMS have brought in Clarks Originals for a fresh take on the classic Wallabee silhouette.

Splashes of orange and green — two colors often used in the Parisian cafe — feature on the Wallabee’s fobs, while the Paperboy’s character features on the upper.

Set to land on February 1, the full collection will be available from the BEAMS webstore.

In other news, Eye/LOEWE/Nature FW21 is a lesson in practicality and sustainability.