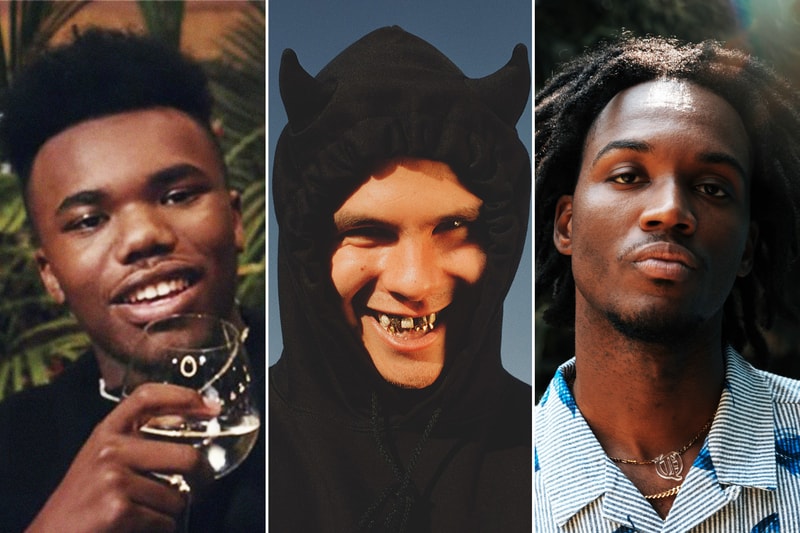 Baby Keem returned earlier this week with two new singles. Saba offered up his first solo work since 2018. Rico Nasty‘s new album is on the way and her visuals have been as avant-garde and aggressive as ever. 2020 has been such an incredibly strange and unprecedented year in music. All major concerts and festivals have been cancelled. Even the way we collectively listen to our favorite artists has changed and the types of sounds that occupy particular spaces from lonely apartments to city rooftops have been reconsidered. But one thing is for certain: musicians have adapted and the art continues to flow.

With 15 weeks left in one of the most trying years in recent memory, the upcoming slate of music releases still inspires hope. This week also features a warm and soulful Richard Pryor homage from Pink Siifu and Fly Anakin. Freddie Gibbs continues his run as one of the the game’s premiere featured artists. And DJ Critical Hype surprised with an André 3000 x Tyler, The Creator collaboration.

Baby Keem‘s long awaited return didn’t disappoint. In an alternate reality where the world wasn’t isolated and quarantined, the rising star would have had everyone chanting out, “FA FA FA, FA FA FAAA,” on rooftops and during any reasonably sized function everywhere. “hooligan” and “sons & critics” both build on all that momentum created from his 2019 debut DIE FOR MY BITCH. Mystery still surrounds his pgLang partnership and the releases have been sporadic, but when Keem does arrive, it’s always a moment.

slowthai x James Blake x Mount Kimbie. Not much more needs to be said about the new collaboration other than go and listen to it. Oh, and the “fly away” features a pregnant slowthai, relationship drama and everything is made of cake.

Saba – “Mrs. Whoever” and “Something in the Water”

It’s been over two years since Saba gifted the world his fantastic CARE FOR ME project. A lot has changed since he’s been gone, but the wait has been well worth it. On his two new singles “Mrs. Whoever” and “Something in the Water” he offers up a stark contrast. The first is smooth and pensive and the second utilizes hard-hitting percussion and another excellent guest spot by Denzel Curry. “It would bother me when people would quote lyrics wrong or say ‘this song is about this,’ or ‘this song is about that,’” Saba said. “But that’s because the music was so personal to me. Now it’s just like, man, ‘I made this and I like it, here you go, get what you get.’”

Remember when a post 808s & Heartbreak Kanye said that his next album might just be created from scratch with dolphin noises? Action Bronson may have beat him to that concept, dedicating his upcoming album Only for Dolphins to one of the world’s most intelligent species. On “Mongolia” Action opens up the track with a sample from The Wire‘s ever-controversial season two (hopefully alluding to the fact that it’s a perfectly fine second installment). It’s also the the third consecutive song that revolves around world music in the production department. At this point you should already know — Action can rap over anything. Only for Dolphins drops September 25.

Rico Nasty‘s Nightmare Vacation is one of the most anticipated new releases before the end of the year. Her output so far has only furthered the anticipation from “iPhone” and “Dirty” to “Popstar” and “IDGAF”. Rico’s latest visual for “Own It” showcases just how singular both her talent and vision are. “This song was built upon owning yourself. The good, the bad and the ugly. Zoom in on the things that make you who you are! Embrace yourself. Lift yourself up at all times,” she said.

The Avalanches – “Take Care in Your Dreaming” feat. Denzel Curry and Sampa The Great

The Avalanches are another group that reemerged in 2020 after a lengthy hiatus and the music that Australian duo has been making is some of the best of their careers. “Take Care in Your Dreaming” is the second track of the week to feature a stellar guest verse from Denzel Curry . Sampa The Great lends his vocals too. The group’s new album We Will Always Love You releases December 11.

DJ Critical Hype is one of the premiere mash-up artists in the game. He’s paired Wu-Tang Clan with 2 Chainz, Drake with 9th Wonder and J. Cole with the Neptunes, but perhaps his greatest and most cohesive rendition to date is ANDRÉ. He pulls some of André 3000‘s best verses over Tyler, The Creator‘s best instrumentals. It spans both artist’s illustrious careers and spans over 80 minutes and 34 songs — Tyler even co-signed the project himself.

Pink Siifu and Fly Anakin‘s upcoming full-length album Fly Siifu’s is right around the corner. After “Dollar Dr. Dream”, their chemistry continues for the “Richard Pryor” music video in which the two artists channel 1970s fashion and soul nostalgia in the sample department. Siifu and Anakin’s skillsets contrast and compliment and the sketches that interrupt the visual are hilarious.

New York producer Slauson Malone‘s latest project Vergangenheitsbewältigung (Crater Speak) is an emotional and experimental nine-track offering that floats through genres and melancholy, through loss and solace. A quick google defines Vergangenheitsbewältigung as a German phrase about the “struggle to overcome the negatives of the past” or to simply “work through the past.” It’s a direct follow-up to his ambitious A Quiet Farwell — even the album cover is a fan’s tattoo of his last full-length. His new effort, while a deep dive into genre-less ambitions, still leaves lingering traces of hip-hop and experimental jazz within a murky and surreal headspace.

Rising rapper JAHMED dropped off his THEBOOFMOBILE debut earlier this year and showcased his diverse talent and influences spanning from his time growing up between Texas and California. On “GLIMPSE” he taps Freddie Gibbs and the two trade effortless double-time raps while Gibbs paints a vivid picture of what he’s been up to during the coronavirus quarantine.