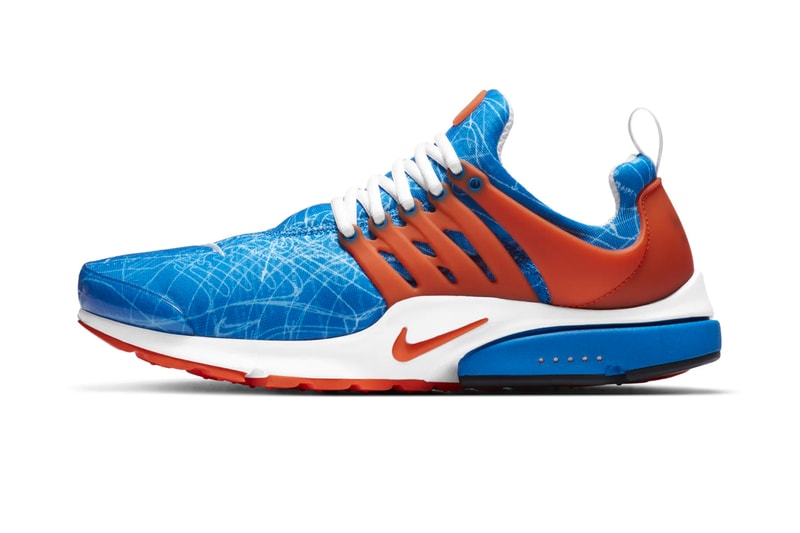 Designed at the turn of the millennium, the Nike Air Presto is now celebrating its 20th anniversary. Marking two decades of the shoe created with the philosophy of being a T-shirt for your foot, the Air Presto “Soar” is marked with the blueprints for the model.

The upcoming release features a bright blue dynamic stretch mesh upper accented by a print of the original sketches for the first Presto. Accenting the upper are molded midfoot overlays and heel counters in contrasting translucent orange. Branding comes in the form of white Swoosh embroidery at the vamp, tongue badges, obscured Swoosh Air markings at the rear and printer insoles. The full-length Phylon midsoles with Air-Sole heel units and Duralon outsoles mirror the color combination expressed on the upper.

Priced at $130 USD, the Nike Air Presto “Soar” is set to release November 20 on Nike SNKRS and at select retailers.