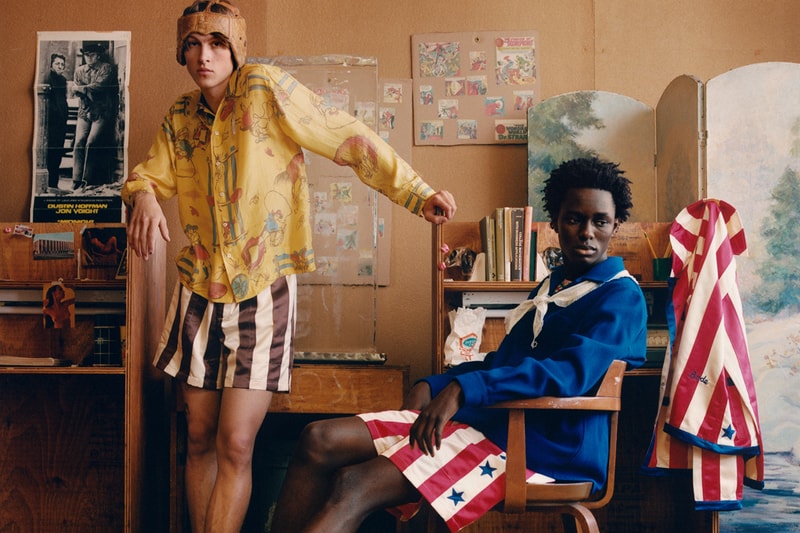 Bode has returned with its combined Spring/Summer 2021 and Fall/Winter 2021 presentation, taking inspiration from founder Emily Adams Bode‘s family. The collection, titled “A Year Off,” is a tribute to her uncle Bill Bode, referencing an important year in his life.

According to the notes accompanying the collection, in 1969, Bill took his parents’ money for tuition and instead spent his time racing cars on a frozen lake Champlain, playing monopoly and visiting Woodstock. This year gives the collection its title and is described as “a year off not only from school but from life as he would know it for the next fifty years.” It implicitly recalls the events of the past 12 months across the world: “a year off from everything we once knew.”

Bill’s life is referenced through both the presentation and the collection itself. In 2019, his wife Mahri of 49 years passed away from cancer, taking his mind back to the last time he was without her, his college room at the University of Vermont in 1969, which acts as the setting for the collection. Additionally, motifs recall Vermont and the Bode’s annual lobster bakes.

Knitwear is a stand-out in the collection, while other key pieces included tailored items with pearl buttons and camp collar shirts, an ever-popular staple for the label. Other items build on Bode’s design codes, with patchwork construction, hand-drawn imagery and vintage-inspired motifs all running throughout the collection.

Take a look through the Bode SS/FW21 collection in the gallery above, and expect it to release at Bode’s web store and New York flagship later this year.