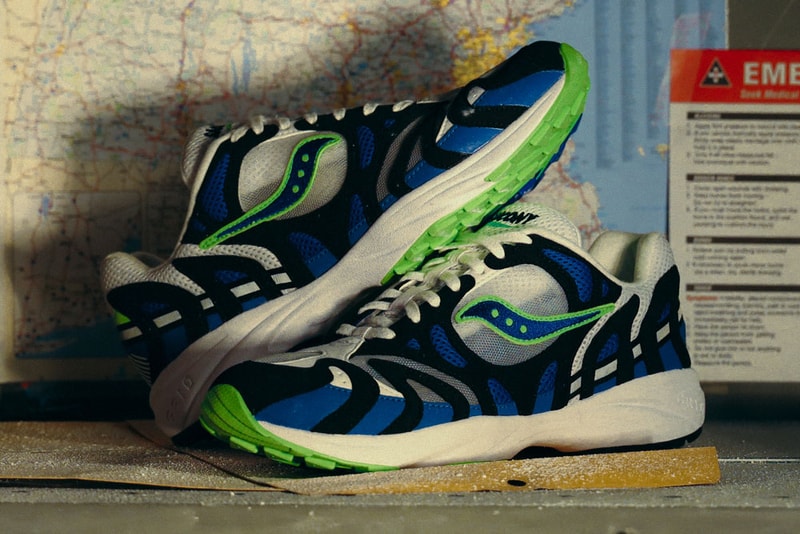 Bodega has revealed its upcoming collaboration with Saucony for a model called the Grid Azura 2000. Apparently an old concept model that never saw the light of day, the “new” silhouette finally gets a release under this creative collab. As seen, the Grid Azura 2000 sports a more toned-down version of the chunky shoe trend alongside aggressive tooth panelings along the side. The blue, lime green and white colorway also channels the sports footwear culture of the ’90s, highlighting the retro vibe of this particular drop.

Bodega has put forth an extensive effort to tell the story of the shoe with top secret file images and a bunker-like backdrop for its shoot. The sneakers are intended to be released on Tuesday, February 4 with a price tag of $100 USD. It will be available online and in-store at the Bodega Boston location at 10am EST and in-store at its Los Angeles location at 11am PST on a first come, first served basis.

In other footwear stories, check out what 2020 holds for sneaker trends.