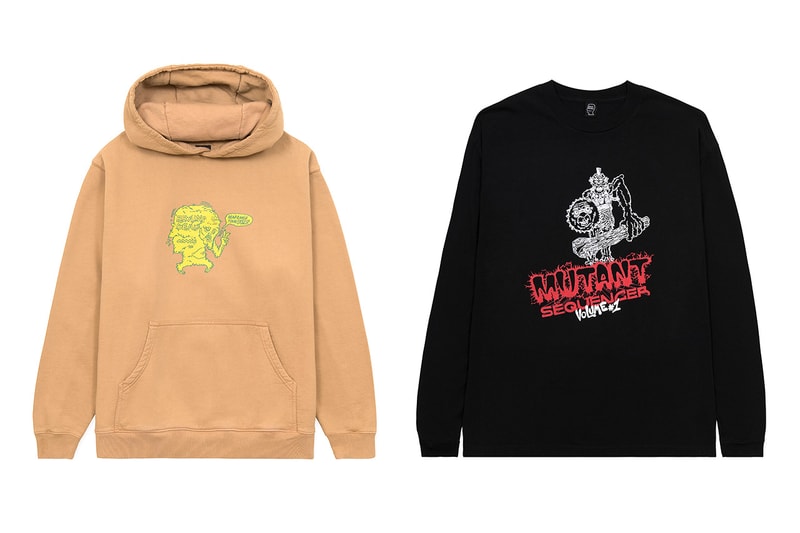 Brain Dead has worked its way to becoming a notable entity within the realm of streetwear and sneakers, but it’s ready to expand its creative output into the digital media space. The LA-based collective helmed by Kyle Ng has linked up with Illumination Studios to unveil its new animated film series entitled “Mutant Sequencer” which will also be accompanied by a collaborative apparel launch.

For this project, Brain Dead will be releasing five animated short films, each of which were produced by artists and designers Pete Sharp, Jordan Speer, Devin Flynn, Steve Smith and Dario Alva. As Kyle Ng stated in a recent IG post, this idea stemmed from him feeling like much of the content that he was consuming had major creativity restraints from larger corporations, and he’s created this outlet for artists to have more control over their own work.

Alongside the films will be a “Mutant Sequencer” apparel capsule that features fleece hoodies, shot and long-sleeved tees, sweatpants and shorts. Each piece is designed with Brain Dead’s signature grungy and graphic-heavy design language that pertains to the animation series.

The first video is set to go live on YouTube on April 2, 2021, and the garments will launch via Brain Dead, Brain Dead Studios Fairfax, Brain Dead Milano, and several Dover Street Market locations. The first digital trailer can be viewed here below.

For additional news, Brain Dead recently teamed up with ROA to put its spin on the iconic Neal hiking model.