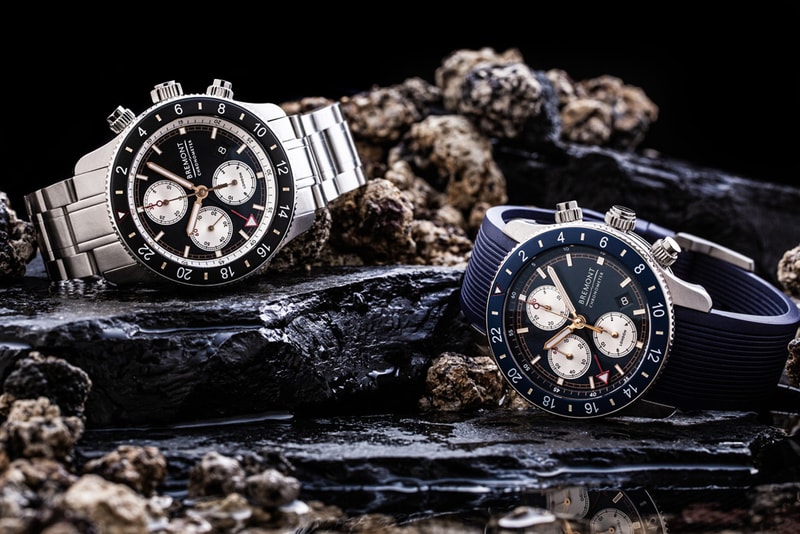 Bremont has dropped a rugged GMT chronograph as part of its Supermarine collection and introduced the former Special Forces operator who will put it through its paces on his adventures.

The British watch brand founded by brothers Nick and Giles English, revealed a host of new watches for 2021 as it officially opened its ‘Wing’ manufacturing facility in the English countryside, a long-term goal of the brand since launching in 2002.

The Supermarine Chrono uses Bremont’s Trip-Tick, three piece case, here a 43mm stainless steel example, with black DLC-coated case band and a 4Hz 7754 GMT chronograph movement from La Joux Perret with a 42 hour power reserve. The watch, which is water resistant to 200m, features a bi-directional, etched ceramic bezel and is available with both blue and black dials.

The Bremont Supermarine Chrono is available now via Bremont, priced $6,795 USD on a rubber strap.

In other watch news, Omega has reinvented the bronze watch by adding gold to the mix.