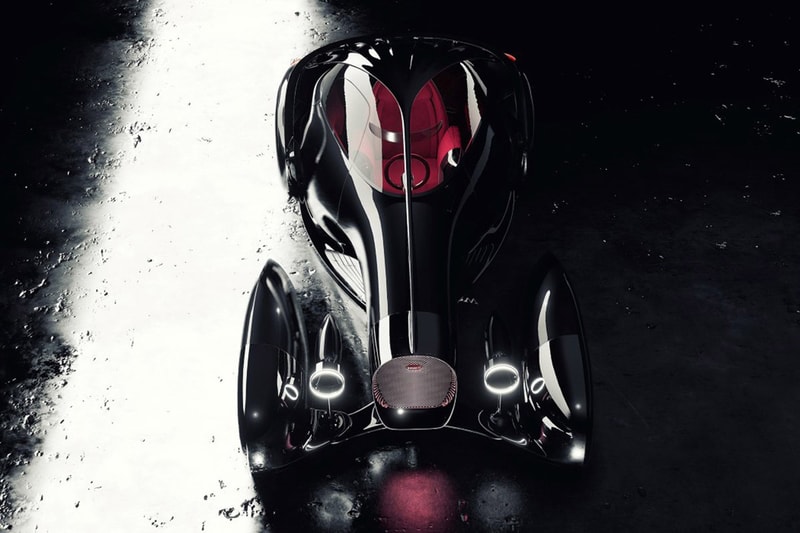 Bugatti is most known for its hypercars today, producing machines such as the Veyron, Chiron, and Divo, but now the automotive company has looked to its heritage for a new concept, dubbed the Next-57.

As its name and styling suggest, the Next-57 is a modern interpretation of the Type 57 SC Atlantic Coupé, a car so rare there are only three left in existence from when it was created between 1936 and 1938. In its heyday, the Type 57 was an incredible car — it competed in the 24 Hours of Le Mans and won the championship trophy, which was probably due to its 150 km/h top speed (around 93 MPH).

In honor of the classic sportscar, Bugatti has rendered its Next-57 concept. Swooping lines dominate the design, while the marque’s signature horseshoe grille is front-and-center, creating an imposing presence. Either side of the grille is a single rounded bullet headlamp, which leads the eye to the wheel arches.

A teardrop-shaped cabin spears off of the car’s central structure. It is fitted with a glass roof that shows the hot pink suede interior in all its grandeur. At the rear, Bugatti envisions something beautifully classic and simple — swooping lines, rounded corners, and a slightly curved back end with a full-length running light round off the design.

Take a look at the Bugatti Next-57 concept rendering in the gallery above.

For those interested in renderings, check out this Land Rover Van Defender.