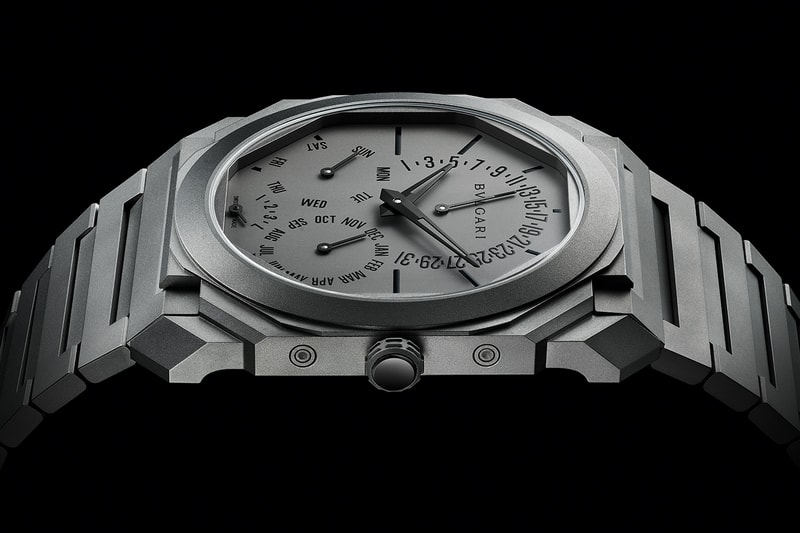 Bulgari is back with another record-breaking feat of watchmaking, this time producing the world’s thinnest perpetual calendar.

The watch is the seventh member of Bulgari’s groundbreaking Octo Finissmo collection to arrive as a class leader, a programme of annual milestones that began in 2014 with the Octo Finissimo Tourbillon Manual, which became the world’s thinnest manually wound flying tourbillon watch.

Its Octo Finissimo Perpetual Calendar movement is just 2.75mm thick, despite containing 408 individual components and is housed in a case just 5.8mm deep, with microbead-blasted titanium and a polished and brushed platinum models available.

To achieve such a thin calibre, Bulgari integrated a micro-rotor into the movement itself while adjustments are made via three correctors on the caseband. Bulgari has also managed to build an impressive 60-hour power reserve into the movement, one of the many challenges when developing such thin calibres.

Audemars Piguet was the previous holder of the record, with its 6.3mm Royal Oak Self-Winding Perpetual Calendar Ultra-Thin.

In other watch news, IWC looks to the future with the Big Pilot’s Watch Shock Absorber XPL.