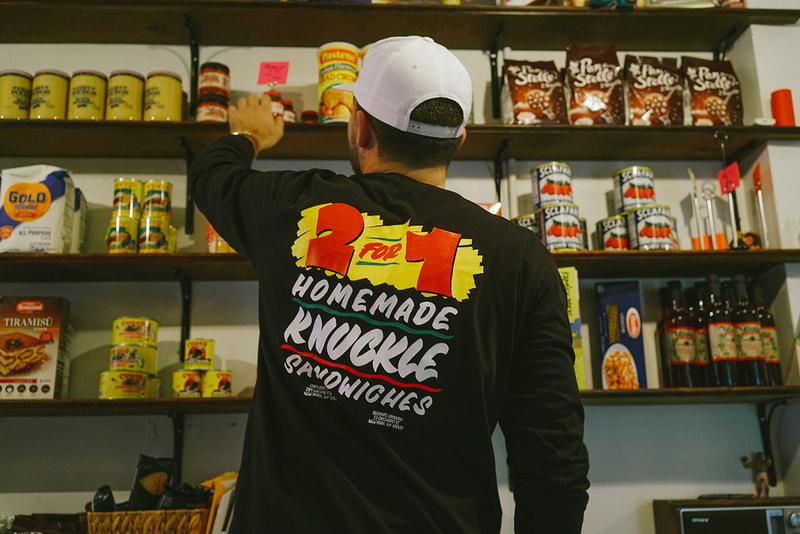 Carhartt WIP has followed up its La Haine-inspired capsule by linking up with two delis for a bi-coastal collaboration. The new release features two long-sleeve T-shirts, one dedicated to New York’s Regina’s Grocery and a second in honor of Uncle Paulie’s of Los Angeles.

The collaboration with the two delis is aimed at providing help for children during the holiday season, with all of the proceeds for each shirt donated to the L.A. Regional Food Bank and Safe Horizons Streetwork Project NYC supporting urban youth impacted by COVID-19.

Additionally, Regina’s Grocery announced that it would be donating two sandwiches to the Safe Horizons Streetwork Project along with the proceeds from each sale.

In other fashion news, Amsterdam-based Lack of Guidance launched its “Raheem on a Sterling” project.