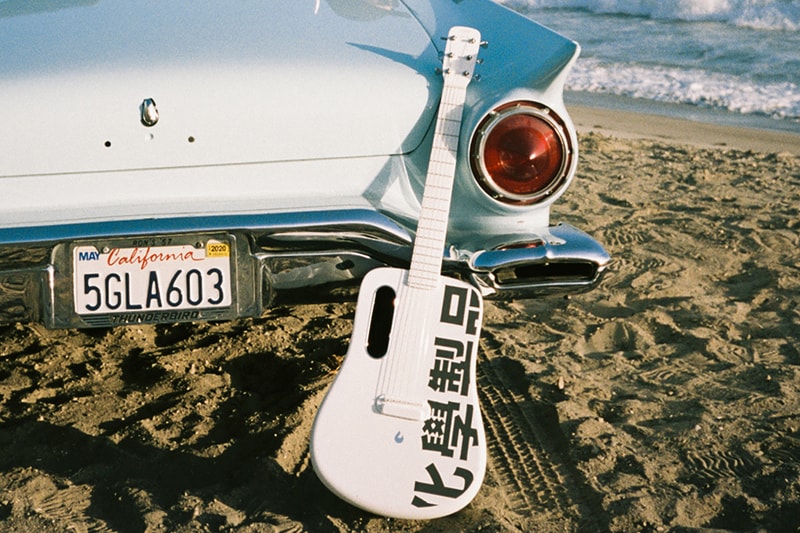 Coming in “Coral White” and “Green Chaud” colorways, a total of 999 units will be released worldwide while a limited number of 350 will be released in China. Each special guitar is laser engraved with a number and comes complete with a USB cable, matching Ideal Strap, Ideal Bag 2 and Ideal Picks.

LAVA MUSIC’s all-new FreeBoost Technology uses the rear surface of the guitar as a speaker, for acoustic expressions. The technology allows a player to adjust the Reverb, delay and volume on the pickups without plugging the guitar in. The LAVA ME 2 also features a built-in mic for louder displays. Additionally, Chemist Creations will also be launching a digital song, titled “1/5.” A first for the brand, the track is composed and written by Yixi, founder of Chemist Creations and C2H4, and performed with a LAVA ME 2 collaboration guitar.

In case you missed it, 432Hz and stacksto celebrate minimalist storage with a special Baquet Basket.