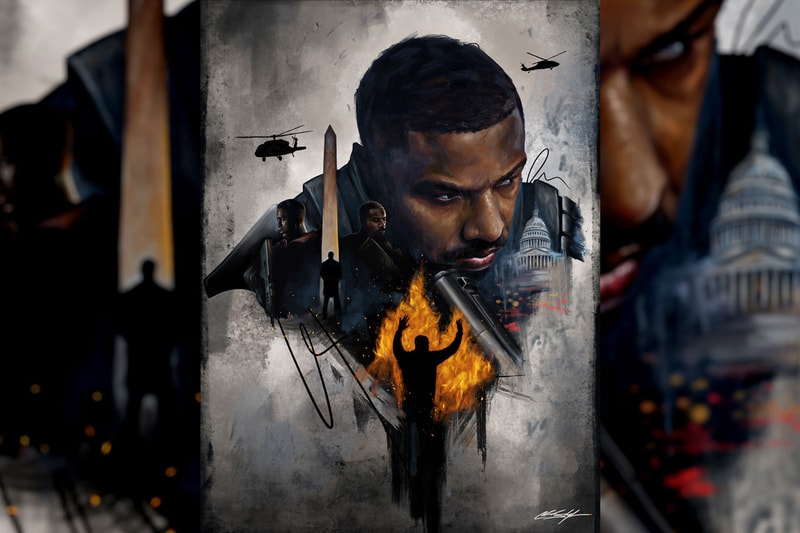 To mark the release of Tom Clancy’s Without Remorse, Philadelphia-based artist Chuck Styles created a limited-edition print that encapsulates the action and emotion of the new film. With a knack for embodying the deeper meaning of cultural moments through his distinctive mixed use of digital and physical mediums, the exclusive work by the multi-disciplinary talent expresses the intensity of the thriller, starring Michael B. Jordan.

Without Remorse, which will be streaming on Amazon Prime Video beginning on April 30, lives within the same Tom Clancy Universe as the popular TV series Jack Ryan and tells the origin story of John Clark, played by Jordan. Clark is a Navy SEAL who uncovers a conspiracy theory while seeking revenge for the murder of his pregnant wife. With no shortage of drama and action, the high intensity plot helped inspire Styles’ work. “I remember watching the prison scenes and thought, ‘okay, this dude must be a beast,” says Styles. “To see Michael in character get ready for the authority ambush, prepare mentally, strategically and trash a good five to six armed and protected guards was all the energy I needed to create this artwork.”

Fueled by Clark’s exploits, Styles thoughtfully immortalizes the character and his storyline through the piece. The limited-edition print artfully captures the passion and raw emotion of Ryan while illustrating the setting of the movie and teasing the plot line. “Those scenes allowed me to understand the mentality and physicality of John Clark as he pursued his own personal mission of revenge,” says Styles. “I wanted to capture that tone as well as the landscape with color and texture.” He achieves just that through his singular ability to relay a deeper message than what meets the eye.