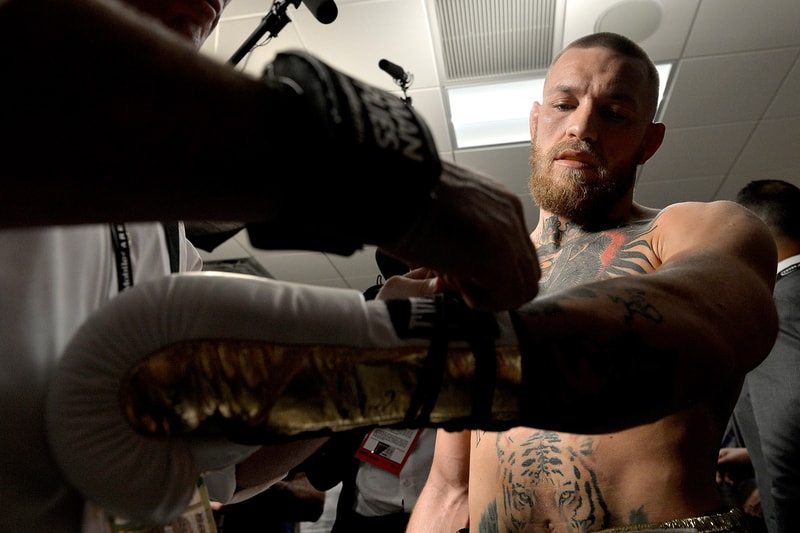 Despite announcing his retirement for the third time a few months back, Conor McGregor is now hinting a return to the combat sports world. But instead of stepping into the UFC octagon, the Irish mixed martial arts icon is reportedly eyeing another round in the squared circle. Back in 2017, McGregor faced Floyd Mayweather in a lucrative professional boxing match where he exceeded expectations but ultimately lost by TKO in Round 10.

Taking to Twitter, McGregor claimed that he will be facing current WBA Welterweight Champion Manny Pacquiao in the Middle East. Adding fuel to the claim, reports note that McGregor’s manager, Audie Attar, has confirmed that both sides are in serious talks and that a deal could be reached for a late December 2020 or early January 2021 bout.

Despite showing his focus on picking up the boxing gloves again, McGregor also confirmed that he hasn’t turned his back on MMA just yet. Going on to share his conversation with UFC President Dana White about a rumored Los Angeles event, suggesting an unexpected fight with Diego Sanchez in Dublin and making a bid for Interim Lightweight Champion Justin Gaethje.

It will be a true honour to have faced two of the greatest boxers of the modern era, afraid of a fight.

Anyway all water under the bridge who gives a fook.
I’m boxing Manny Pacquiao next in the Middle East.

I was pushing hard for the season.
Multiple opponents, multiple dates offered throughout. All to take place back to back.
Then when covid hit and the talk was that I would have to wait for crowds again, I walked away from the situation. I was waiting long enough at that stage.

Here’s the finish of that exchange. Pre covid. Pre retirement.
Never turned down offer of Tony as was suggested at the time. I stated months in advance (early February) that I was not interested in being an alternate for two consistent pullouts.
Pushed for my own scheduled bouts pic.twitter.com/jXQD2dTWrL

3 weeks post my last record breaking event, I was campaigning for another blockbuster McGregor event to take place.
Sad about my season I must say ?

To Diego Sanchez…
I seen your recent comments about your final bout and I am in!
After you fought Pereira, I had requested for myself and you to compete in Dublin. This was back in February when I was working on opposition for my season, pre covid.
Good luck this weekend! pic.twitter.com/Y0hf6Zr7XF