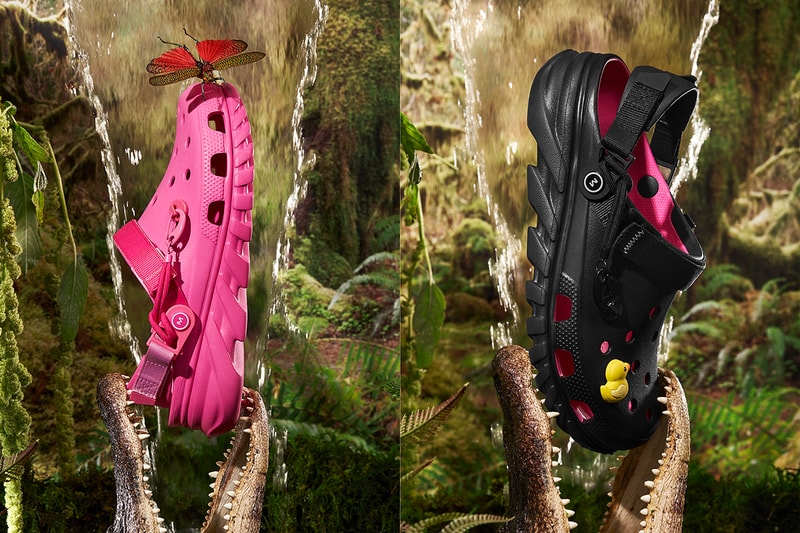 Post Malone has reunited with Crocs for another collaborative take on the Duet Max Clog silhouette, following on from last year’s blue and black camouflage colorway. The new release sees two colorways of the silhouette, complete with new features and accessories.

The unisex clog is releasing in either black or pink, while both colorways feature an exaggerated and chunky sole unit. Other features include adjustable backstraps, Post Malone-branded rivets and lanyard clips. As well as the footwear, Post Malone and Crocs are also due to release the PostyCo Pink and PostyCo Black packs of Jibbitz charms, which include an array of different images to customize the footwear.

To mark the fifth collaboration between the two, Post Malone and Crocs surprised 5,000 fans across the world with the new limited-edition shoes. For everyone else, the collaboration will release via the Crocs web store and select stockists on December 8, priced at £54.99 GBP (approximately $75 USD).

The collaboration with Post Malone is the latest high-profile link up for Crocs, who also collaborated with Justin Bieber, Bad Bunny and Nicole McLoughlin this year. Overall, the collaboration strategy saw the brand’s revenues rise by 15%.