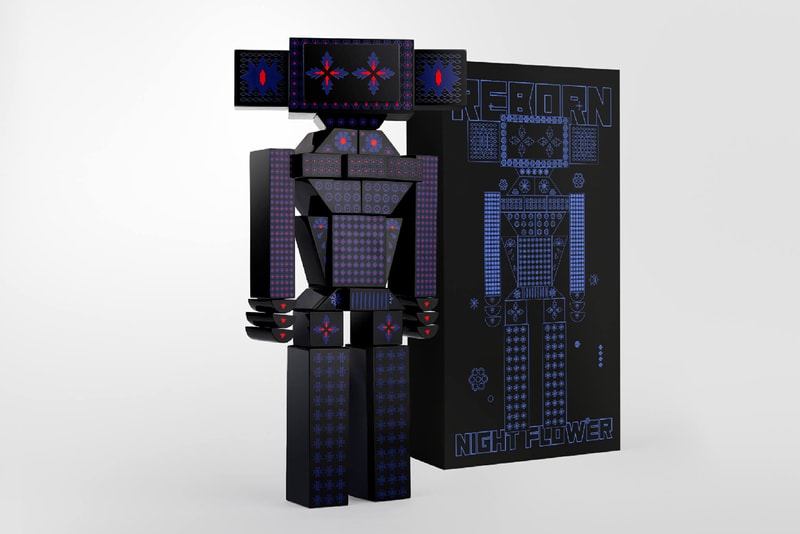 In February, Design by Reborn launched a series of limited edition sculptures of robots and flying machines that can be self-assembled. This time around, the Saigon-based conceptual art studio releases another batch of magnetized artworks called Return of the Vietnamese Robots.

The studio teamed up with traditional Vietnamese lacquer artisans and local craftsmen to develop and create the new set of collectible robotic puzzles. The collection features three different versions: Night-Flower, Dizzy-Missy, and Papaya Eater. The designs for each robot were inspired by Vietnamese architecture.

Design by Reborn tells us that each block featured in every robot takes nearly a month to make from scratch. The parts were meticulously cut, sanded and painted. The sanding portion is repeated at least seven to eight times to achieve a “single perfect hi-gloss block,” said the studio. Completing their design execution are a series of earth magnets affixed to various portions of the blocks to make for easy self assembling. Moreover, inside each bespoke box housing the collectible is a set of instructions on how to put the sculptural puzzle together. Each robot stands roughly two-feet tall.

The robots are available in editions of eighteen each. Papaya Eater was recently released on Design by Robots’ website yesterday. The Night-Flower and Dizzy-Missy robots are priced at $900 USD with the Papaya Eater edition costing $1,165 USD.