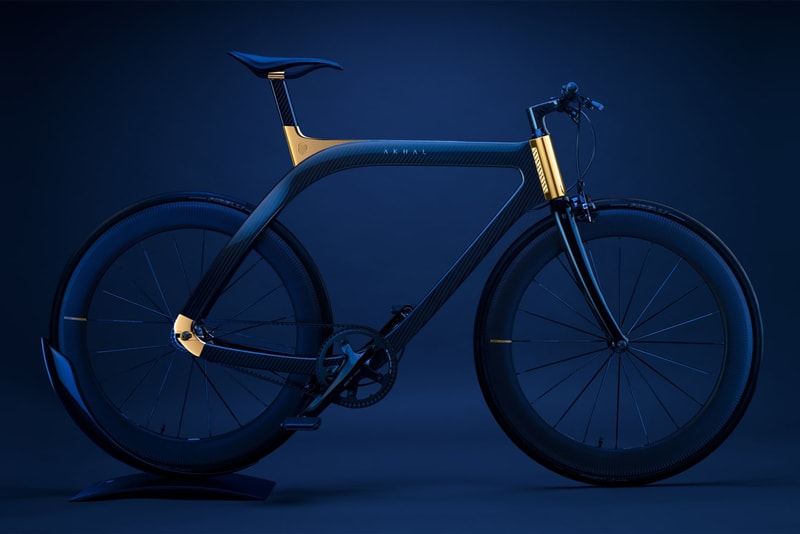 Design studio Extans’ website says it’s “devoted to mastery with an exceptional eye for detail,” and both of those core principles are on full display with its new Akhal Sheen bicycle. Inspired by the meticulous precision of fine jewelry, the bike is made almost entirely of carbon fiber and dressed in a beautiful navy blue shade.

Apart from its carbon fiber construction, the Akhal Sheen is based around three important numbers: 19, 21 and 24. The first of these is how many units will be produced. The second, its weight — the Akhal Sheen weighs under 21 pounds. The last, however, may be the most striking as it’s the number of karats used for the bike’s gold trim on the seatpost and frame.

The Akhal Sheen also features high-end tech to match up with its look, namely a Mavic Ellipse Pro Carbon UST wheelset, Pirelli P Zero tires, Shimano Dura Ace brakes, Paul Components break levers and an FSA headset. The fixed gear ratio is set at 55/22 and its seatpost and handlebars will both be cut to fit the buyer, as it’s made to order.

Check out images of the Extans Akhal Sheen above, and head over to the studio’s website to inquire about pricing information.

Elsewhere in the world of design, Bentley Motors has announced it’ll be building a residential tower in Miami.