If you handle apparel all day, you know that the selection of shoes, accessories, and clothing made from manmade materials continues to grow. As such, many might say that finding fashion that abides by vegetarian, if not vegan, principles isn’t as hard as it used to be. Yet, involving no animal-sourced materials – and, in many instances, avoiding production processes that have a negative impact on other living species – is what differentiates vegan fashion and its small but growing group of designers. Yes, you can find lace-up boots or a moto jacket made out of polyurethane, but is the process entirely cruelty free? Sustainability and leaving animal-based materials behind seem to be the next steps not just for fashion as a whole but specifically for menswear. Tom Ford announced he’d limit the use of fur, Dr. Martens introduced a boot and backpack fully made out of vegan leather, and Vans collaborated with Dover Street Market on a collection of vegan shoes. Yet, beyond these one-offs or accessories, which menswear lines are truly vegan? 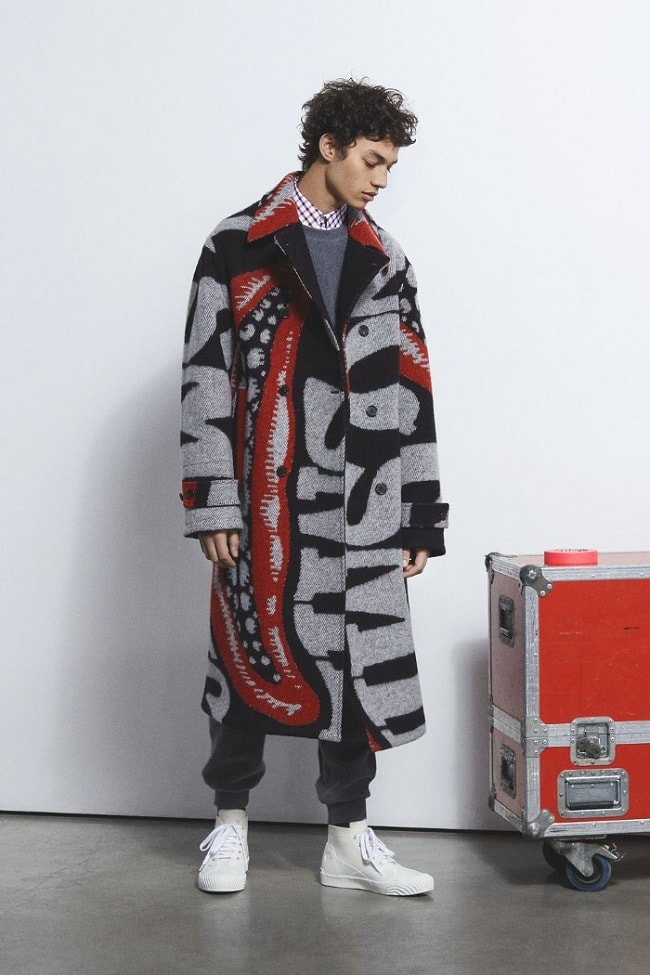 Considering she’s the daughter of an outspoken vegan, Stella McCartney’s inclusion here is no surprise. Yet, while McCartney stuck to womenswear for years, she announced a cruelty-free menswear line at the end of 2016. Most might think this just meant she avoided leather. Rather, with pieces composed mostly of textiles, her debut collection further went wool free, tried out tech-spun vegan silk, and opted for more sustainable construction. “I don’t find that an emphasis on sustainability is evident in men’s fashion,” she explained at the time in a Vogue interview. “So, it was crucial to me to include that in my collection and bring that part of me into the realm of men’s fashion.” Yet, the lack of style – think rough fabrics in neutral tones – is what turns many away from vegan and sustainable clothing. As an antidote, McCartney went with a bold, almost saturated color palette and experimented with patterns and graphics. Since that introduction, Justin Timberlake’s essentially given her line an endorsement by sporting one of her patterned vegan suits during his Super Bowl Halftime performance. 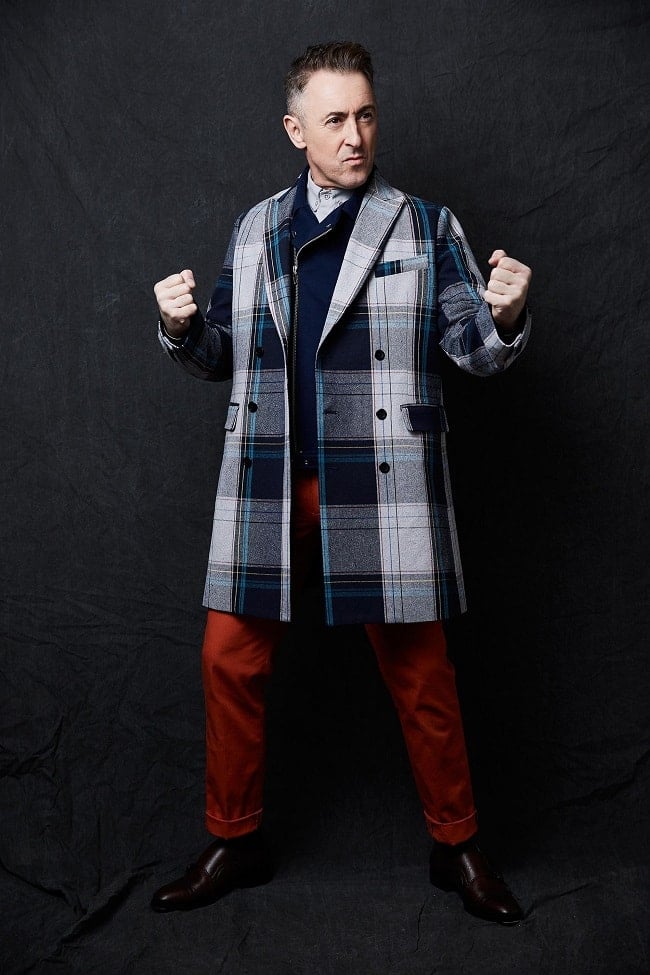 With Brave GentleMan, designer Joshua Katcher has aimed to break down the dichotomy between traditional, often-wasteful fashion and sustainable production. As such, what started as a shoe collection, progressed to wool-free suits, and eventually encompassed bioplastics, plant-based organic materials, and recycled fabrics has materialized – in Katcher’s words – as “beautiful ethical fashion.” Katcher’s ever-evolving concept has gone onto be presented at New York Fashion Week, but more importantly, its futuristic outlook has resulted in fully sustainable, vegan materials that feel like leather, suede, and silk: Tweed and twill made out of recycled cotton and polyester; silk fabricated from recycled water bottles; and Italian future-leather made out of microfiber that’s weather resistant and EU-Ecolabel certified. As well, dyes have a minimal environmental impact, and most clothing is made right in New York City’s Garment District. Partially fueling its growing profile are celebrity endorsements, including Joachim Phoenix and Benedict Cumberbatch, who sported Brave GentleMan’s pieces on the cover of GQ. Additionally, while Katcher gives lectures about his approach throughout universities in the Northeastern U.S., the 2017 PETA Vegan Fashion Awards recently name-checked Brave GentleMan for its vegan suits. 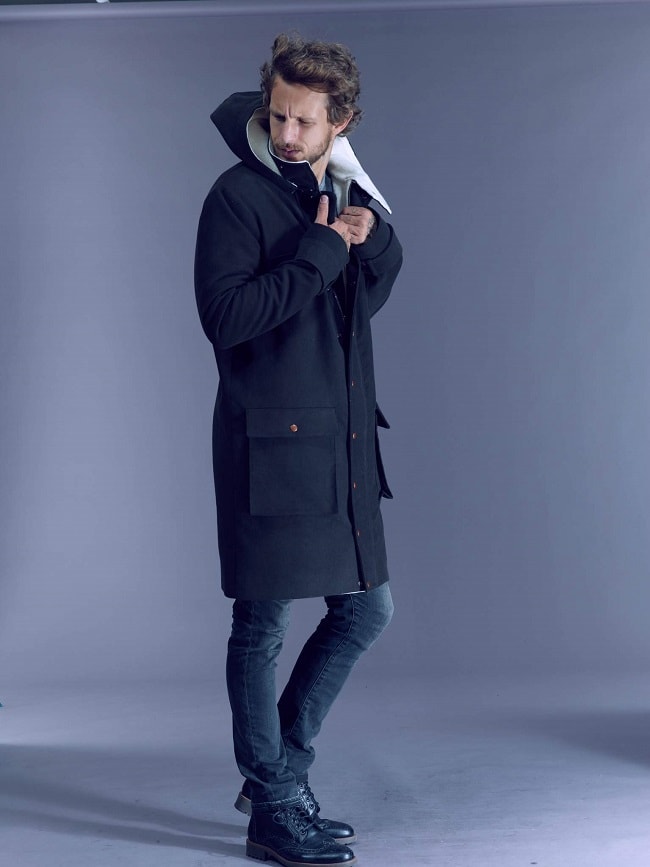 On the subject of durability, not being able to find a wool- and animal-free coat warm enough to withstand the harsh and frigid Chicago winters inspired model Leanne Mai-ly Hilgart to start her own line. The result turned into the first vegan fashion brand, introduced officially in 2008. Vaute – itself a portmanteau between “haute” and “V” for vegan – has based its pieces around both organic and recycled fabrics, creating sturdy enough coats and sweaters with high-tech components and a fashion-forward look. Like Brave GentleMan, Vaute Couture has presented at New York Fashion Week and centers its production in New York’s Garment District. 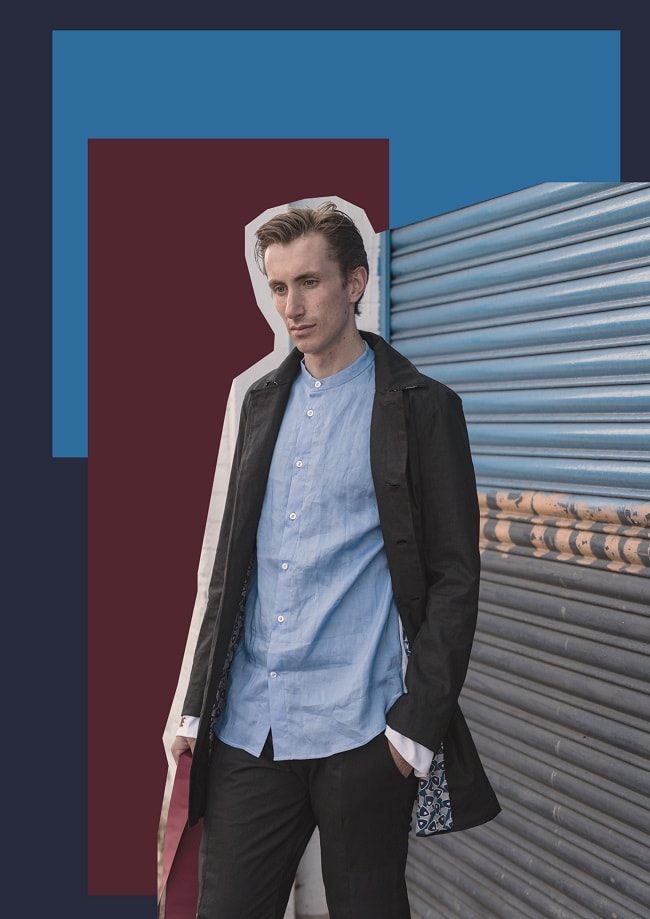 Working for multiple major brands, Jade Rozenbroek witnessed the fashion industry’s excess and shady, environmentally harmful practices firsthand: leather used for one sample, before being destroyed, and production sourced to factories in countries with loose environmental standards. Yet, when she tried to shop for truly vegan and organic pieces that were also fashionable, she only came up with a few tops – and often found nothing for men. In response, she started Rozenbroek, handmade in London and not just vegan but sustainable all-around. Casual and somewhat streetwear leaning, her line, which made its official debut with a SS17 collection, stays true to its approach. Beyond just the clothes, Rozenbroek offers a repair service and provides information about reducing the garment’s carbon footprint through washing and drying. After a while, if the piece shows signs of wear and tear, customers can then return it for a discount on their next purchase. In turn, Rozenbroek reuses the fabric and labels for the brand’s newer garments. 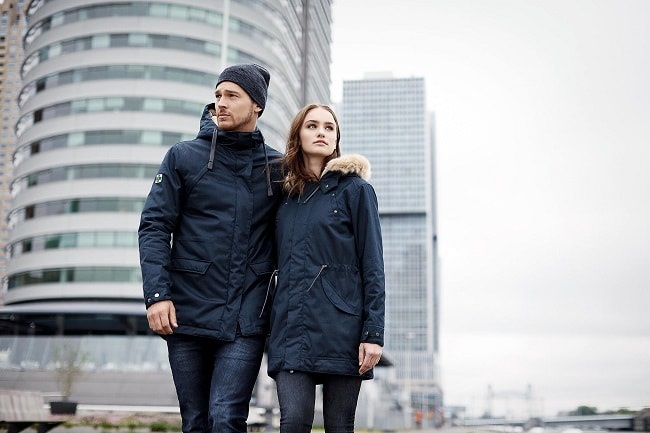 What makes HoodLamb a vegan brand? Since its beginning in the early ‘90s, the company has made its winter jackets almost exclusively out of hemp, an organic, sustainable material that also happens to be the strongest natural fiber. However, while you might envision something loosely woven and lightweight, forget your assumptions. The result, involving both hemp and recycled fibers, looks and performs no differently from something by The North Face or Columbia. Visually, they look similar on the surface, but HoodLamb’s construction starts with a combination of both hemp and organic fibers – including for both the exterior and any faux fur lining – and finishes with eco-friendly wind- and water-resistant treatments for full protection against the elements. 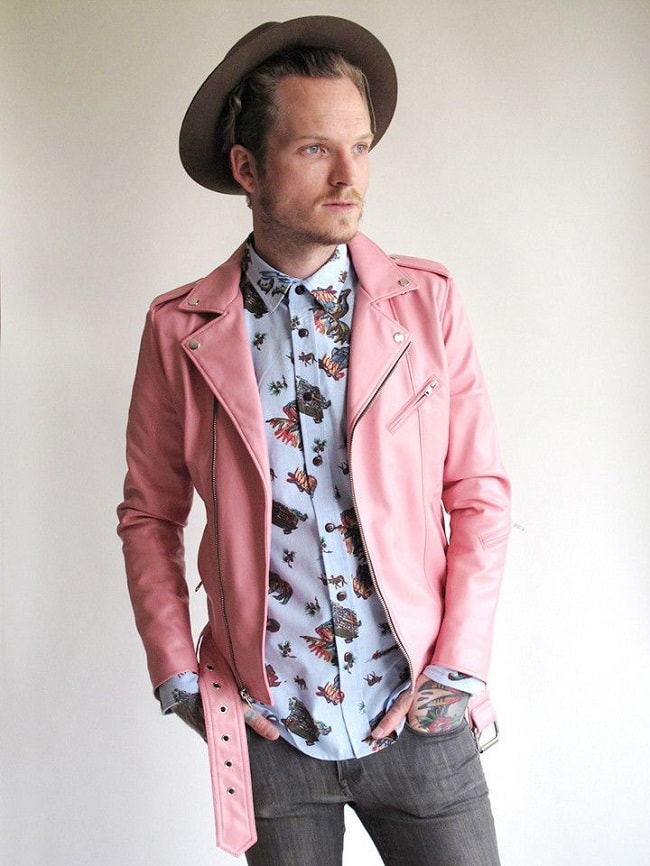 If you weren’t given a tip, you’d think James Payne’s jackets were just like their leather counterparts. And, it’s not just the intentionally classic look, inspired by several decades of Americana. Instead, this brand, based on a collective of musicians, writers, and artists in Los Angeles and London, creates its all-vegan pieces to be just as sturdy as the real thing. Everything’s also fur, wool, and silk free – thus making it truly vegan – and all sewing takes place in the U.S.