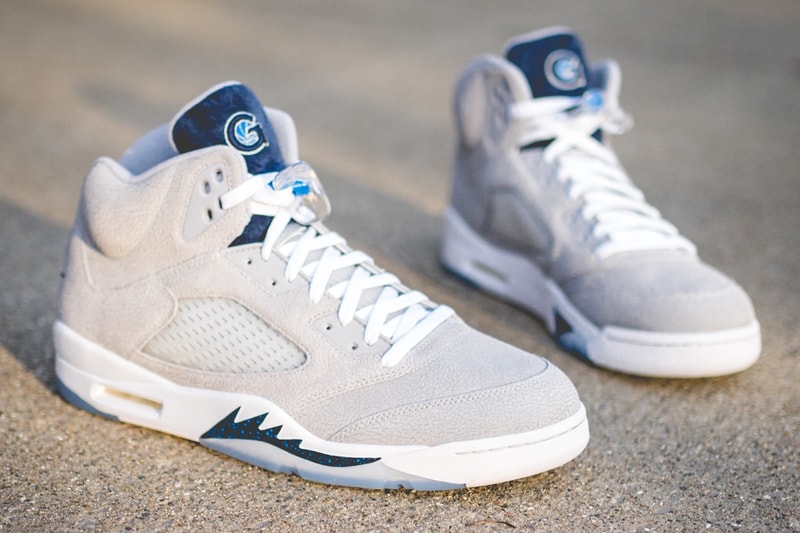 As is par for the course in this six-PE pack, the Hoyas’ sneaker features an upper that’s covered from toe to heel in elephant print — here, done up in soft gray for a nod to one of the team’s colors. Navy blue, the Hoyas’ other signature shade, is placed on the tongue and appears on the heel’s Nike Air branding. Tongues also feature an embroidered Georgetown Basketball logo. Further detail is provided by translucent mesh netting on each quarter panel and the throat, a blue lace toggle surrounded by a clear holder and white laces. Down below, white midsoles with jagged navy detailing and a clear heel Air Max unit work with icy blue outsoles to round off the look.

Since Georgetown’s Air Jordan 5 is a PE (player edition) created for basketball team members and staff, it won’t see a retail release. A serendipitous side note, however: the Hoyas were the team a young Michael Jordan vanquished in the 1982 National Championship game with a famous buzzer-beater as a member of the UNC Tar Heels.

Elsewhere in the world of Air Jordan, check out official images of the Air Jordan 7 “Flint.”